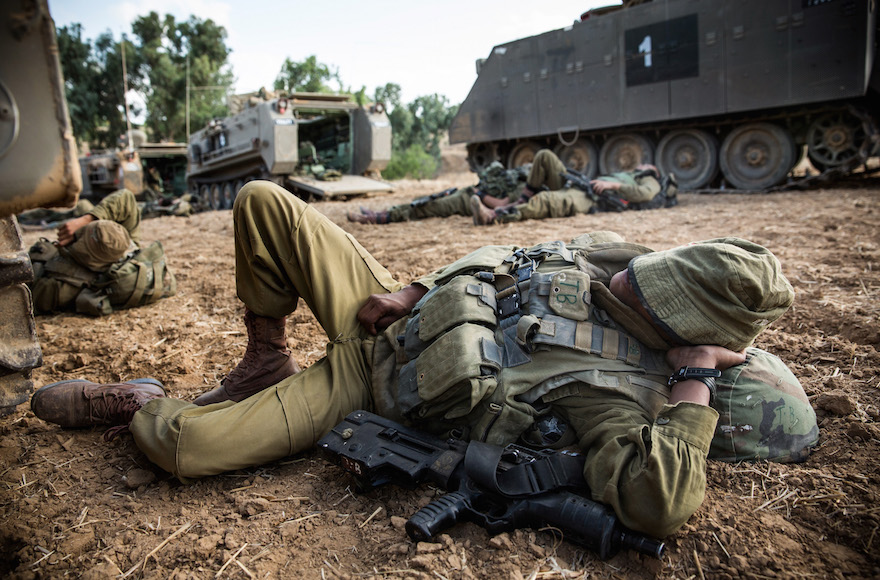 JERUSALEM (JTA) — Some 63 Israeli high school students signed a public letter declaring that they will refuse to be drafted into the Israel Defense Forces.

“The army implements the policy of a racist government that violates basic human rights, which applies one law to Israelis and another to the Palestinians in the same area,” the students, most in 12th grade, wrote. “Therefore we decided to not take part in the occupation and oppression of the Palestinian people, which separates people into two hostile camps. Because as long as people live under occupation that denies them human rights and national rights, we cannot achieve peace.”

The letter also said: “An entire nation is living under institutionalized incitement directed against Palestinians on both sides of the Green Line, and we are here – young men and women from different parts of the country and different social backgrounds – refusing to believe the systematic incitement or participate in the government’s oppressive and occupying arm.

While rare, protests like these have enough of an impact in Israel that they’ve earned a nickname as a category — “high school seniors’ letters.” The first such open letter, written by some 70 students in 1970, expressed the same concerns as the 2017 version: moral objection to the occupation and complaints over what they called Israel’s lackluster efforts to achieve peace.

Similar letters have come out periodically in the ensuing decades, including in 2001, 2005, 2009 and 2014. Groups of army reservists, who have already completed their mandatory service in the army, have also written letters refusing to complete their reserve duty.

While the 2017 letter represents a tiny fraction of Israel’s more than 100,000 high school seniors, it made headlines in the country because mandatory army service is widely seen as sacrosanct. Arab and haredi Orthodox Israelis are exempt from service, but the rest of Israel tends to view the mandatory two- or -three-year enlistment as a collective national duty that crosses social and religious lines.

The letter writers called on their fellow high school students to consider refusing service until the occupation ends. One of the signatories is currently in jail over his refusal to be drafted, Haaretz reported.