Oy yay! ‘Fiddler on the Roof’ is coming to NY in Yiddish 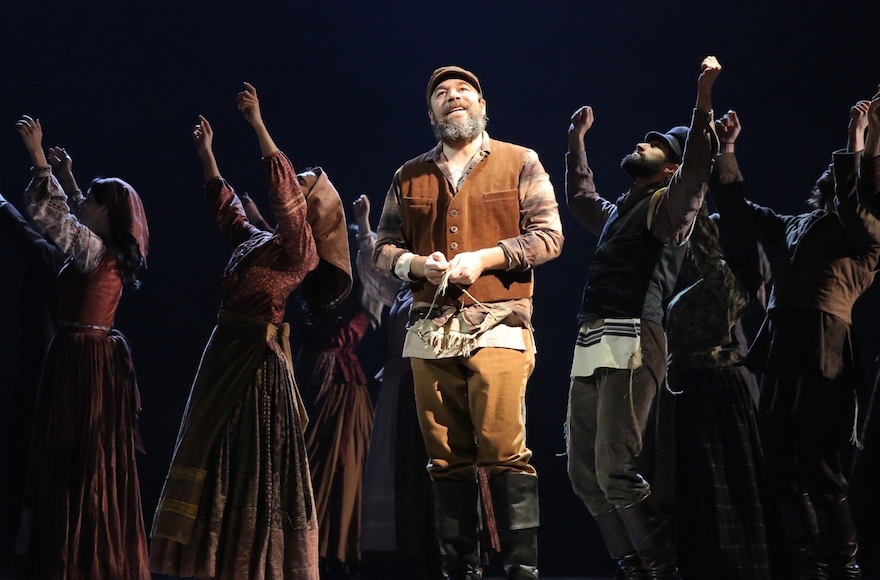 Danny Burstein starring as Tevye in the current Broadway revival of "Fiddler on the Roof." (Joan Marcus)
Advertisement

NEW YORK (JTA) — How do you say “tradition” in Yiddish?

New Yorkers will soon be able to find out: The iconic musical “Fiddler in the Roof” — arguably the most Jewish Broadway show ever — will soon be produced in Yiddish.

The National Yiddish Theater Folksbiene believes it is the first company to put on “Fiddler on the Roof” in Yiddish in the United States, according to The Wall Street Journal. The musical — based upon the stories of late Yiddish playwright Sholem Aleichem — made its Broadway debut in 1964.

“It feels like ‘Fiddler’ is coming home,” Chris Massimine, the Folksbiene’s CEO, told The Journal.

The show has had multiple Broadway revivals, including most recently in 2015.

“The idea we are putting forth would be an accurate re-creation of how this musical might look in its native Yiddish tongue,” Massimine told The New York Times.

Casting has yet to be announced, but the company told The Times that the show’s original lyricist, Sheldon Harnick, will be a consultant. Broadway director Jerry Zaks will also advise the production.

The production is slated to open in July at the Museum of Jewish Heritage.