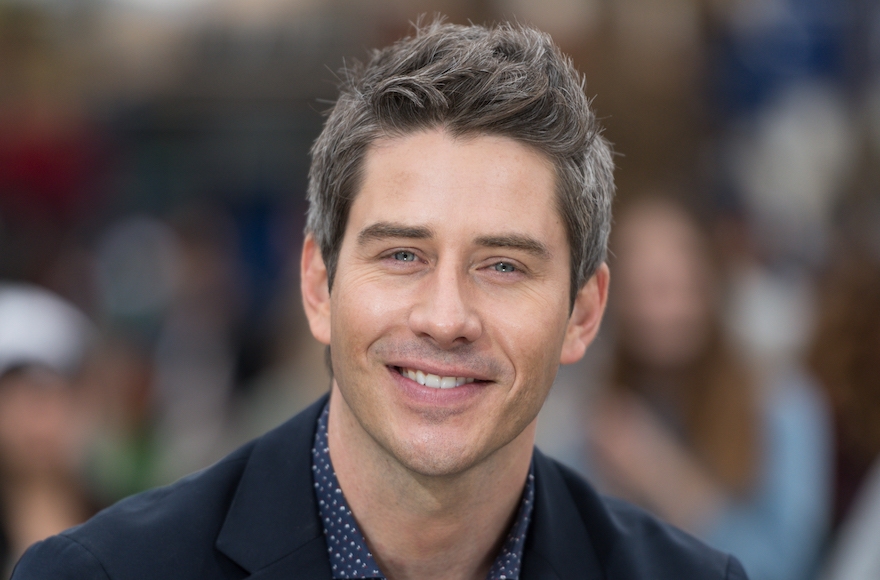 (JTA) — “The Bachelor” may have just started its 22nd season, but it shows no signs of viewer fatigue. Nearly 5.5 million people tuned in to watch the season premiere on Monday night.

Some of those fans might be wondering: Is Arie Luyendyk Jr., this season’s main man, Jewish?

After all, Ari — albeit normally without an “e” on the end — is often a nickname for the popular Hebrew names Ariel and Aryeh. There are many well-known Aris out there, from Ari Folman (the writer and director behind “Waltz with Bashir”) to Ari Fleischer (President George W. Bush’s press secretary) to Ari Gold (Jeremy Piven’s character on the HBO show “Entourage”).

Furthermore, the surname Luyendyk is hard to analyze — could it be Eastern European?

However, it turns out that Arie the bachelor is not Jewish. He’s Dutch, and moved to the U.S. at age 3 from The Netherlands. He spent nearly a decade as a professional race-car driver before becoming a contestant on the eighth season of “The Bachelorette” in 2012.

Luyendyk’s father, also named Arie, was also a race-car driver, and a much more successful one at that. He won multiple Indianapolis 500 races in his career and was inducted the Motorsports Hall of Fame.

So the younger Luyendyk won’t be joining the ranks of other Jewish bachelors and bachelorettes, such as Jason Mesnick and Andi Dorfman.