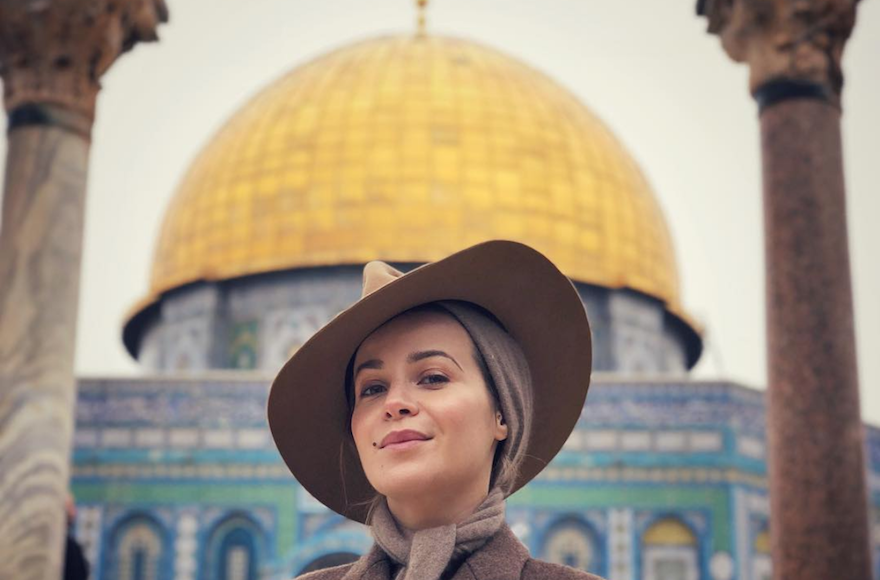 AMSTERDAM (JTA) — One of the Netherlands’ best-known actresses said hundreds of people unfollowed her on social media because she posted pictures from her visit to Israel.

Victoria Koblenko, an award-winning movie, television and theater actress and journalist with 151,000 followers on Instagram, invited others to unfollow her as well on the social network, saying in a Jan. 3 post from the Old City of Jerusalem that she has no interest in the attention of people who “assume something about my political inclination based on my holiday destination.”

Koblenko, 37, noted in the same post that the Middle East is her favorite vacation destination, and that she has visited all its countries with the exception of Iraq and Afghanistan. “#unfollowme if you disagree,” she wrote at the ended of her post. Those who unfollowed her did so after she posted pictures from her trip to Israel.

Born in Ukraine, Koblenko in 2009 won the De Tegel award for journalism in the Netherlands for a series of documentary programs titled “Land Theft” about conflict zones, including the one between Israel and the Palestinians. She was criticized for allegedly justifying Iranian-sponsored Holocaust denial by saying it was to counter what she defined as Israel’s abuse of the Holocaust to further its oppression of Palestinians.

“Since Iranian President Mahmoud Ahmadinejad tried to undermine the historic authenticity of the Holocaust, Syria, Jordan, the Palestinian Authority, Iraq and Egypt have published repeatedly articles that call the Holocaust into question,” she said on that show. “Probably not so much to deny there had been victims, maybe not even to question the legitimacy of the State of Israel, but because of Israel’s use of the Holocaust to justify the oppression on Palestinians.”