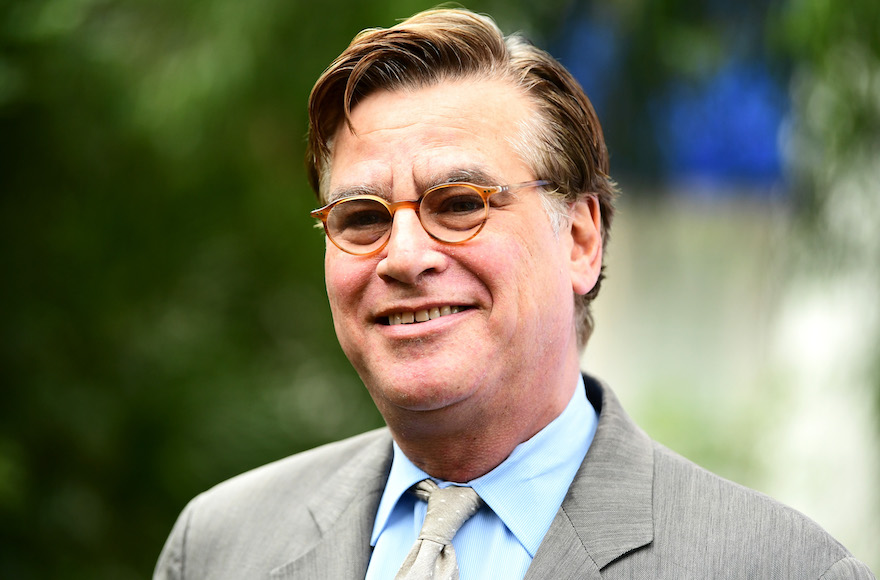 (JTA) — Aaron Sorkin, the creator of the hit series “West Wing,” dismissed the idea of a remake based on the Trump administration, saying the president is too boring to tell a compelling story.

“It would look like dead air,” Sorkin told ABC in an interview aired Thursday when asked about this possibility. “I don’t find him to be a terribly interesting character. He is exactly what he looks like.”

The main protagonist in “West Wing,” which in 2000 won the Golden Globes award in the best series category, was Josiah Bartlet, portrayed by Martin Sheen as a passionate, compassionate and selfless leader.

But Trump “only ever talks about two things: himself and his enemies, and that’s it,” said Sorkin, who is Jewish. “So it’s a character that you wouldn’t believe the character in a drama. He doesn’t have any of the qualities that you need to tell a story. There’s just no blood there.”

“West Wing” has not been booked for a revival, the New York Daily News noted, but the cast and crew frequently pitch their own ideas for a reboot.

Sorkin, who said he has a standing offer from NBC to continue his Emmy-winning political drama, told the Hollywood Reporter that he envisions “This Is Us” star Sterling K. Brown in the Oval Office.