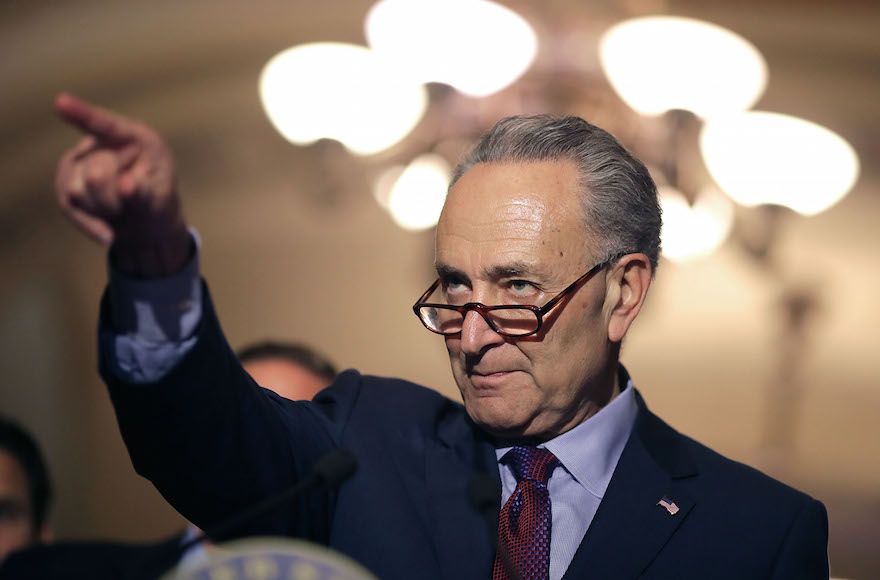 (JTA) — Sen. Charles Schumer urged the Army to posthumously honor a soldier who died while rescuing people from a massive Bronx fire.

Emmanuel Mensah was among the 13 victims of the Dec. 28 blaze, the New York Daily News reported Friday. But before he died, the 28-year-old National Guardsman saved four lives, officials said, going in and out of the flaming building at least three times to rescue those trapped inside.

Mensah, whose family emigrated from Ghana, had lived in the Bronx building before going to Virginia for training, the Army said in a statement on its website.

Mensah, a permanent legal resident, had enlisted in 2016.

Schumer, D-N.Y., who is Jewish, wrote a letter to the Army asking it to issue a posthumous award to recognize Mensah’s bravery and sacrifice.

“Private First Class Emmanuel Mensah was many things: A soldier, an immigrant, a first-generation American, a New Yorker — but above all else he was a hero,” Schumer said in his letter. “It is my sincere hope that the Department of the Army will honor and recognize one of their own who lived and died according to the highest ideals of their institution and of this country.”

Firefighters found Mensah on an upper floor of the building. Based on where he fell, the firefighters said they believed Mensah was still trying to rescue others, New York Army National Guard officials said.

The fire was sparked by a child playing with a stove on the first floor, officials said. It was the deadliest blaze in New York since the 1990 Happy Land nightclub fire that killed 87.