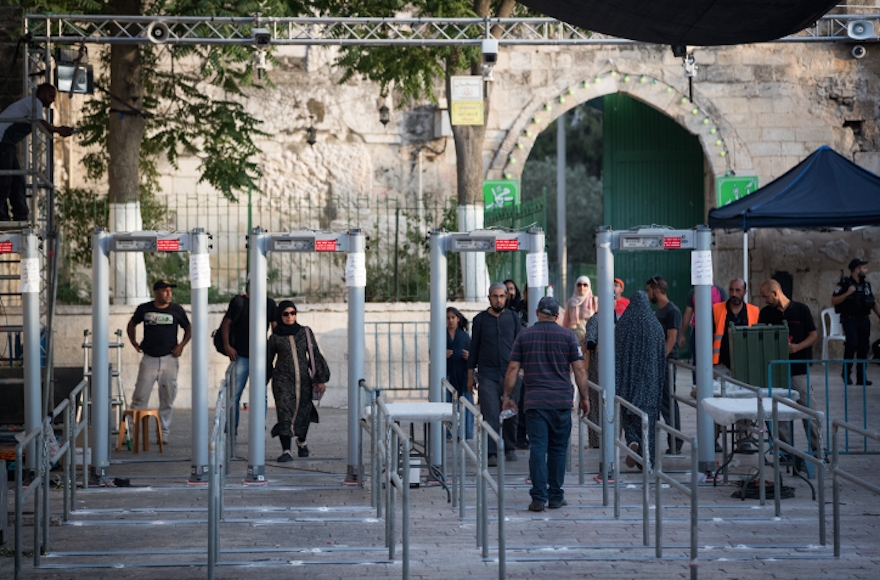 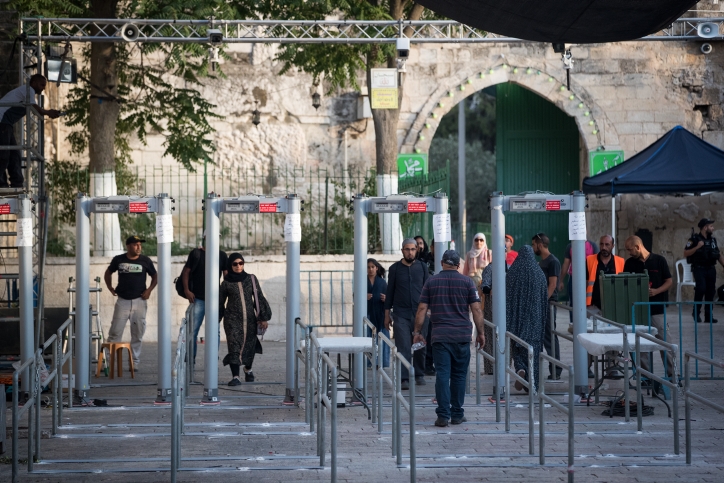 In the report, the Israel section reflects the importance that the Trump administration attached to tamping down tensions that exploded in July after terrorists killed two Israeli policemen on the Temple Mount and Israel installed new security measures there. It also casts the U.S. ambassador to Israel, David Friedman, whose nomination came under criticism from Jewish groups because of his previous lacerating attacks on liberal Jews, as a champion of pluralism.

The State Department highlighted the report, originally compiled in August, in its release Thursday of countries designated of “particular concern” for impinging on religious freedoms.

The report makes specific reference to attempts by non-Orthodox Jews to conduct prayer services at the Western Wall, which abuts the Temple Mount.

“The U.S. Ambassador and embassy officers spoke with government officials and Knesset leaders about the importance of maintaining the status quo at the Temple Mount/Haram al-Sharif and not escalating tensions through provocative actions or statements,” it said. “In meetings with government officials, embassy officers stressed the importance of religious pluralism and respect for non-Orthodox streams of Judaism.”

The section on the Temple Mount, a site holy to Muslims and Jews, is unusually lengthy and documents in detail what appear to be official Israeli actions challenging the status quo.

The “status quo” refers to agreements whereby the Waqf, the Muslim religious authority that answers to Jordan and the Palestinian Authority, holds religious authority on the Temple Mount itself. For decades the Waqf has banned Jewish worship on the plateau — in agreement with successive Israeli governments — while allowing Jewish visitors.

“Despite the Israeli government’s policy prohibiting non-Muslim worship at the site, some Jewish groups escorted by Israeli police at the Haram al-Sharif/Temple Mount performed religious acts such as prayers and prostration,” the report said.

“Incidents of attempted Jewish prayer at the Haram al-Sharif/Temple Mount increased from previous years, according to local NGOs, media, and Jewish Temple Mount movement groups, and occurred on a near-weekly basis,” it said. “During Jewish holidays, such as Passover, Tisha B’Av, and Sukkot, tens of Jewish Temple Mount activists engaged in prayer on the site. In most cases, Israeli police acted to prevent them from praying and removed them, but in other cases, some of which were documented on social media in photos and videos, the police appeared not to notice the acts of prayer.”

Also addressed at length is Israel’s treatment of religious minorities, including detailed passages on non-Orthodox prayer at the Western Wall.

“The Israeli government did not implement a cabinet agreement reached in January to establish a Reform, Conservative, and mixed gender prayer platform along a separate portion of the Western Wall,” the report said. “Reform, Conservative, and women’s Jewish groups including some Orthodox Jewish women’s groups lobbied for the proposal, whereas ultra-Orthodox Jewish religious leaders and political figures continued to oppose the plan.”

“Embassy-hosted events, including an interfaith Ramadan iftar and an interfaith Thanksgiving dinner, promoted the reduction of tensions between religious communities and an increase in interreligious communication and partnership within society by bringing together representatives of many faith communities to advance shared goals and exchange knowledge and experience,” the report said.

One feature of the report was to include Palestinian terrorist attacks as possible violations of religious freedoms.

“Because religion and ethnicity were often closely linked, it was difficult to categorize much of this violence as being solely based on religious identity,” the report said by way of explanation.

Saudi Arabia was a notable entry: One of the Trump administration’s success stories has been the vast improvement of U.S.-Saudi relations, as opposed to tensions between the Saudis and the Obama administration.