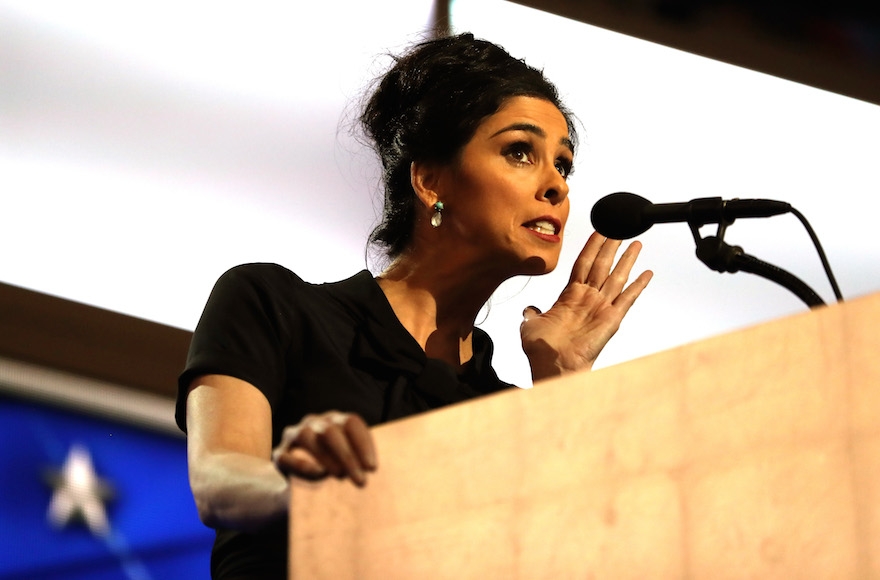 “This baby is now a 19 year old soldier. OY. HAPPY BIRTHDAY, @adar_abramowitz_silverman I LOVE YOU A ZILLION!!❤️❤️❤️❤️❤️❤️❤️❤️❤️❤️❤️❤️” Silverman said in her message posted on Saturday.

Adar Abramowitz is the son of her sister Rabbi Susan Silverman and Yosef Abramowitz, CEO of Energiya Global Capital, who live in Israel. Adar and his brother Zamir were adopted by the couple, who also have three biological daughters.

Messages in response called the soldier an “Israeli terrorist,” “a 19 year old apartheid colonial enforcement officer? must be so proud;” and said: “I am Palestinian and it breaks my heart to see kids forced to serve. It adds to to the oppression and subjugation. I hope this young man sees humans beings all the same and chooses not to participate in the oppression.”

Messages in support read: “soldiers don’t serve the (democratically) elected government. They serve the country and protect their families. Like here in the US, our Army isn’t Republican or Democrat;” “Looks like you have grown to become a fine young man who is serving your country well!”; and  “Bless you and your nephew. You should be proud. The hateful people on this feed are pathetic. Happy birthday to a very handsome soldier!”

Silverman wrote in response to one person who said he would be unfollowing her: “go for it but he can’t help being Israeli and having to serve. He isn’t the govt. let’s hope he’s part of the solution.”