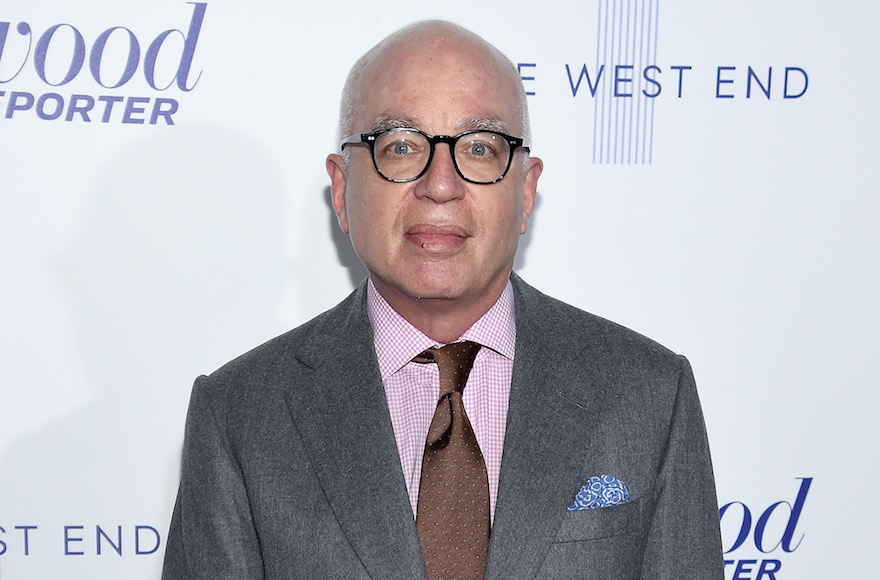 (JTA) — Donald Trump has Jewdar, says the author whose book about the president is roiling the White House.

Part 2 w Wolff
– Those who say they are misquoted are "lying"
– he won't release tapes
And Wolff's answers on whether he thinks Trump is racist, xenophobic, anti Semitic, and sexist —> https://t.co/ycIlTgTcad

Trump has been accused of a range of bigotries, and Tur ran them by Wolff, who for months last year had unusual access to the White House. Sexist? Check. Racist? Check. Xenophobe? Check.

(Let’s pause here to note that the White House has said the book is basically fiction. Journalists have uncovered some errors, but Wolff stands by his reporting — which is consequential enough that Tuesday evening it drove his main source, Steve Bannon, out of Bannon’s job leading Breitbart News.)

Anti-Semitic? Wolff, who is Jewish, equivocates.

“I’ve had this specific discussion with Steve Bannon. He thought maybe he’s a racist, he didn’t think [Trump] was an anti-Semite,” the author said. (Bannon, who for seven months was Trump’s top strategic adviser and helmed his presidential campaign, has himself been accused of offering dog whistles to racists and anti-Semites.)

“But I don’t know,” Wolff said of Trump. “I think he thinks about, I think he’s aware of who is Jewish in a way that might give … that feels creepy,” he said.

Creepy? Michael Wolff, being aware of who’s Jewish is, for some of us, a higher calling.