Jewish it couple Lena Dunham and Jack Antonoff break up 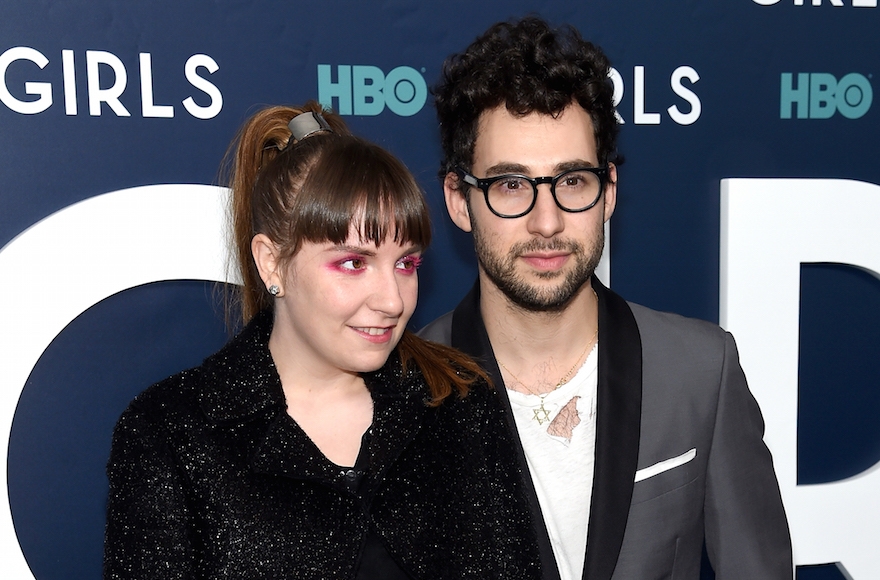 (JTA) — Lena Dunham and Jack Antonoff have split up after more than five years of dating.

The breakup was amicable, representatives for the actress and musician told People magazine on Monday.

Dunham, an actress and writer best known for creating the Emmy-winning HBO series “Girls,” and Antonoff, a pop music producer and songwriter who is the head of the band Bleachers, met in 2012. Both are Jewish.

On Monday, Dunham, 31, posted on Instagram, “Starting over is the beautiful moment where you choose yourself.”

In October, she posted on the social media platform that she has connected to Judaism through the poetry of modern Israeli poet Yehuda Amichai.

In August, Antonoff, 33, who attended Solomon Schechter Day School in northern New Jersey through the 8th grade, wore a Star of David necklace while performing at the MTV Video Music Awards.

Dunham said on Twitter that Antonoff began wearing the Star of David as a statement after Nazis became a “mainstream thing again.”

In 2015, Dunham caught flak for a humor piece she penned in The New Yorker titled “Dog or Jewish Boyfriend? A Quiz.” The Anti Defamation League said the piece was “tasteless” and relied on “offensive” stereotypes about Jews.