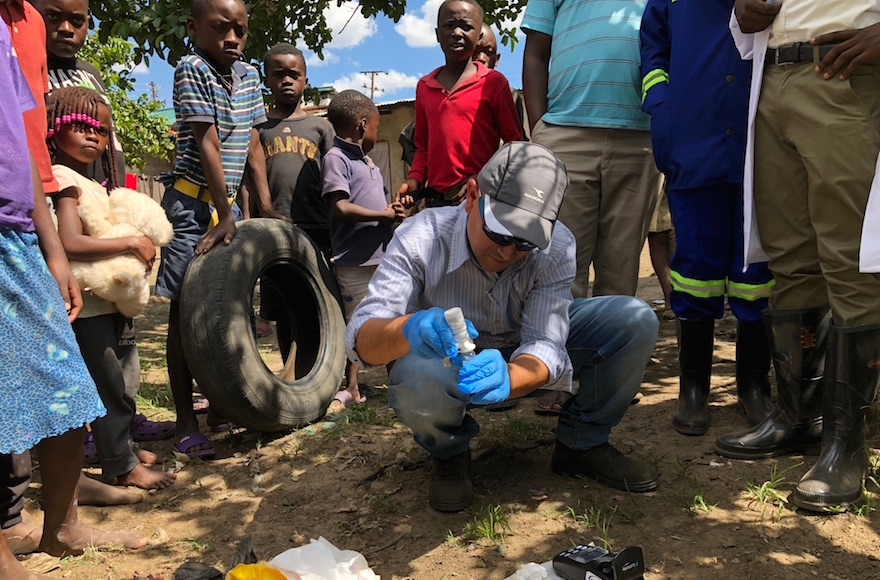 (JTA) — Medical professionals from Israel are helping to treat cholera victims in Zambia, which is battling an outbreak of the disease.

A delegation of two physicians and one water engineer from the Sheba Medical Center, Israel’s largest hospital, arrived Friday in the southern African country. Over 60 people in Zambia have died of cholera and more than 2,500 are said to have been infected since September, when the disease started spreading.

Sheba, which is located in Ramat Gan, said Israel was the first country to send a medical team to Zambia.

After evaluating the situation, the delegation advised the Zambian government about contaminated water wells in a neighborhood in the capital of Lusaka, Dr. Elhanan Bar-On, director of Sheba’s Israel Center for Disaster Medicine and Humanitarian Response, told JTA from Lusaka on Tuesday.

A second delegation, including two physicians, two nurses and a lab technician, is set to arrive Thursday to aid local medical professionals in treating patients and set up a lab to facilitate diagnosing cholera. 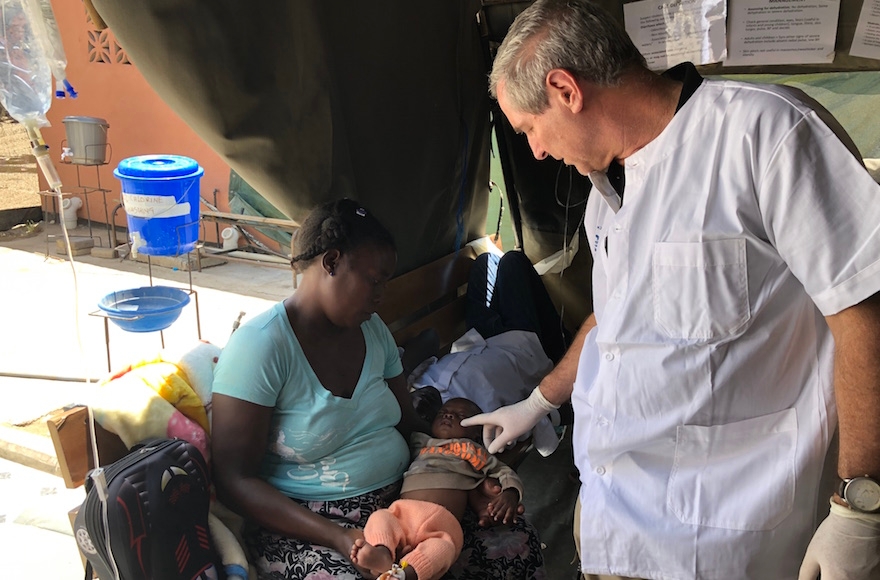 In Lusaka, the main market, schools and churches have all been closed to curb the spread of the disease. On Sunday, the government also declared a curfew.

The disease, which causes watery diarrhea and in some cases can lead to severe dehydration in hours, has had a severe impact in the country, Bar-On said.

“Closing down the market is causing a major economic problem, both on the macro level and definitely [on the micro level]. Farmers cannot market their produce, the traders in the market are basically unemployed,” Bar-On said.

Sheba’s director general, Dr. Yitzhak Kreiss, said Tuesday that the center was hoping to help as many people as possible.

“The innovative medical expertise and tactics employed by our experts are today being dedicated to helping the people of Zambia and saving as many lives as possible from the tragic cholera outbreak,” Kreiss said in a statement. “Sheba Medical Center’s goal, which echoes the ethos of Israel, is to save lives and make a positive global impact.”

Prime Minister Benjamin Netanyahu has pushed for closer ties with African countries. The Israeli leader recently made his third visit to the continent in a year and a half, where he met with leaders of 10 countries, including Zambia.