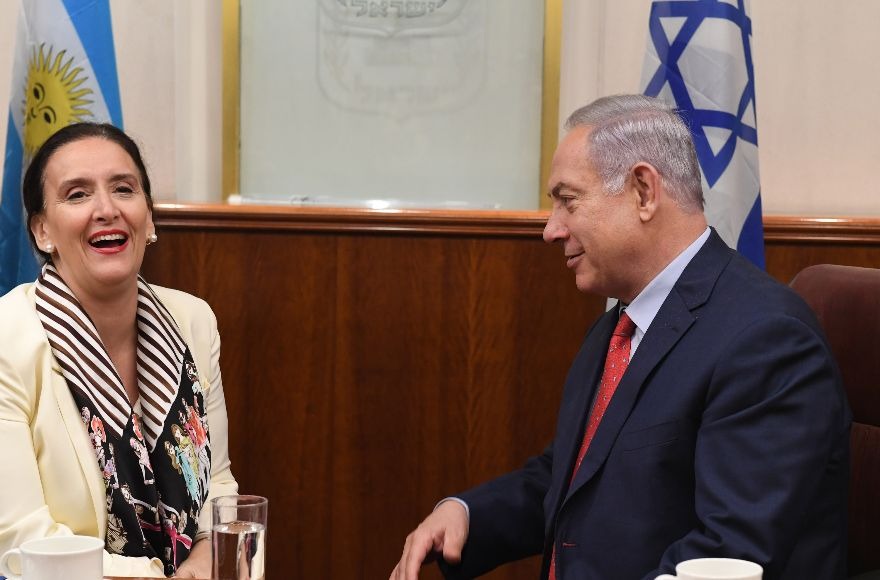 Gabriela Michetti on Sunday completed an official visit to Israel with an economic team of vice ministers to turn the good relations between both countries “to concrete economic improvements,” she told Prime Minister Benjamin Netanyahu during a meeting last week.

The first improvement was announced during the visit: Israel extended the expiration of frozen Argentine beef from 45 to 85 days, opening a new market of Argentinean kosher meat at Israeli supermarkets. Meat accounts for 63 percent of Argentinean export to Israel.

“We have excellent ties, also with the Jewish community of Argentina. We are also trying to leverage the economic issues. We want to deepen these ties so that bilateral trade and investments will grow. We mainly need to realize this view, that everything is done via actions, trade, investments and the market,” Michetti told Netanyahu during their meeting.

The Argentine vice president spent Shabbat in Jerusalem and visited the Western Wall.

The visit aimed to promote trade and investment included a seminar with 150 Israeli businessman organized by the Israel Export Institute, and also meetings with start-ups, such as Rewalk, which create tools to help disabled. She also visited Beit Issie Shapiro, which cares for children with disabilities. Michetti was injured in a car accident in 1994 which left her wheelchair-bound. On Sunday she learned more about Israeli technologies to help the disabled during a visit to Alyn Hospital.

The Argentinean delegation was surprised by the passion for soccer of Israeli President Reuven Rivlin, who is a  former president of the Beitar Jerusalem soccer club. On Wednesday in Jerusalem he told Michetti that he went to see World Cup in 1978 in Argentina and that he is a big fan of Argentinean soccer stars Diego Maradona and Lionel Messi. “We need to learn from Argentina, we in Israel are doing everything well, except playing soccer” Rivlin said.