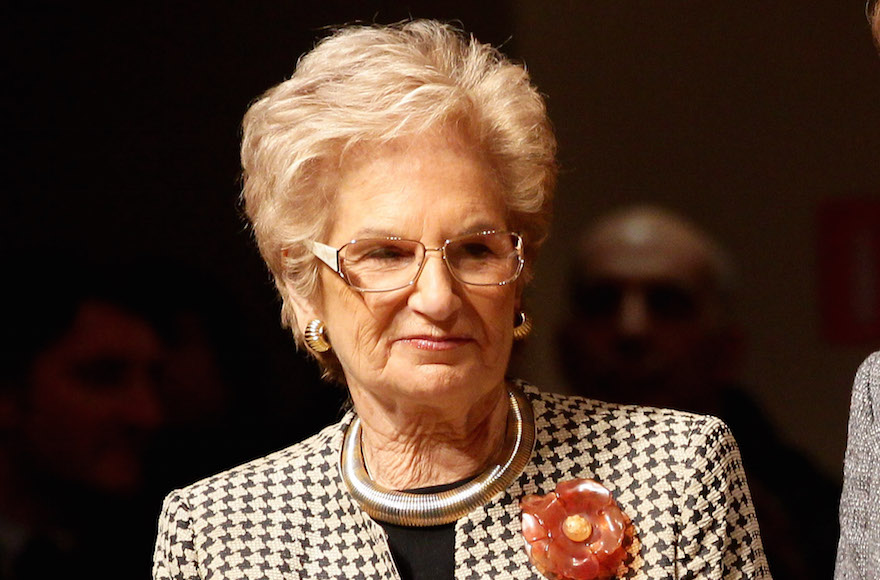 ROME (JTA) – Italy has conferred one of its highest honors on one of the few Italian Jews who survived Auschwitz.

In a decree issued Friday, Italian President Sergio Mattarella named Liliana Segre, 87, a Senator for Life – and he personally phoned her to tell her the news.

The recognition was announced in the run-up to the commemoration of International Holocaust Remembrance Day on January 27, and received wide coverage in local media.

Italy this year is marking the 80th anniversary of the imposition of anti-Semitic racial laws in 1938. “Life is very strange,” Segre said she told Mattarella when he called. “I’m so old that unfortunately I remember the racist laws from 80 years ago. At that time, my fault was having been born.” Today, she continued in an interview with the Jewish publication Pagine Ebraiche, “it’s being recognized as a merit.”

Born in Milan, Segre, was deported to Auschwitz at the age of 13 with her father and about 600 others on Jan. 30, 1944. Segre was among only 22 who survived. Her father died in Auschwitz, as did her paternal grandparents who were deported later.

In recent decades Segre has been active in speaking out about her experiences and educating young people in particular about the Holocaust. She was one of the founders of the Holocaust Memorial in Milan’s main train station. It is located in the former loading area beneath Track 21, from which she and hundreds of others were deported. A large inscription on the wall of the memorial space reads “Indifference.”

Starting in 2015, the memorial has offered its space as a hospitality center for refugees from more than two dozen countries.