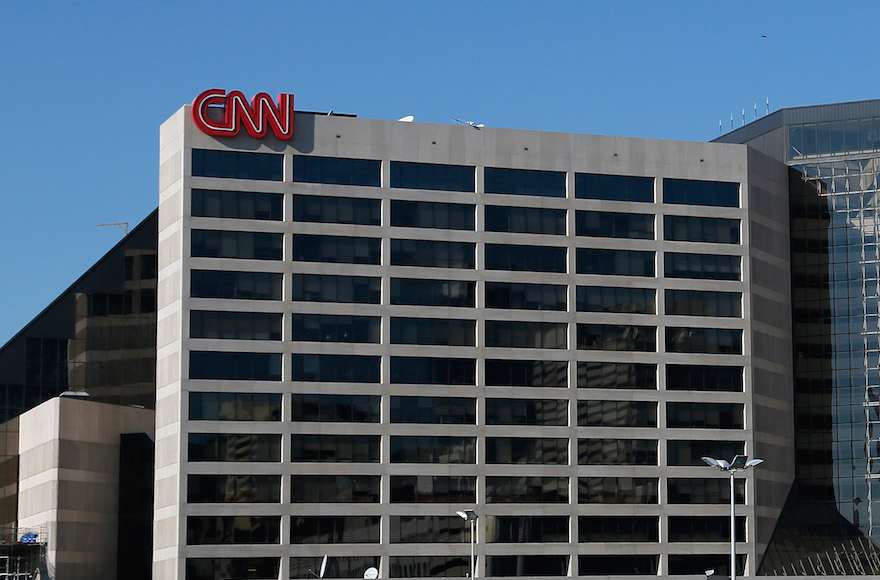 (JTA) — A Michigan man arrested after allegedly calling CNN 22 times and threatening to kill its employees also made disparaging statements about Jewish people and African-Americans.

Brandon Griesemer of Novi is accused of making the calls to CNN headquarters in Atlanta on Jan. 9-10. Four of them were recorded. He was tracked down through his phone number.

In a second call he whispered: “I’m coming for you CNN. I’m smarter than you. More powerful than you. I have more guns than you. More manpower. Your cast is about to get gunned down in a matter of hours.”

He also referred to “fake news.”  The threats were made public less than a week after President Donald Trump tweeted his “Fake News Awards.”

The affidavit filed on Friday by the FBI did not specify what the caller said about Jews or name any Jewish individuals.

Griesemer was charged Friday in U.S. District Court with transmitting interstate communications with the intent to extort and threat to injure. He was released Friday on $10,000 bond.

According to the Washington Post, Griesemer was born in 1998; the newspaper cited public records.

On Monday, Griesemer’s father told the Washington Post that “this whole thing has been a mistake. He really didn’t mean any of it.”

The father added: “He didn’t know what he was saying, the seriousness of it. We’re not even gun owners or anything like that. We don’t have any, neither does he.”

In September, Griesemer called an employee at an Islamic center in Ann Arbor, Michigan, and made derogatory comments about the mosque and Muslims, the affidavit said, according to CNN.