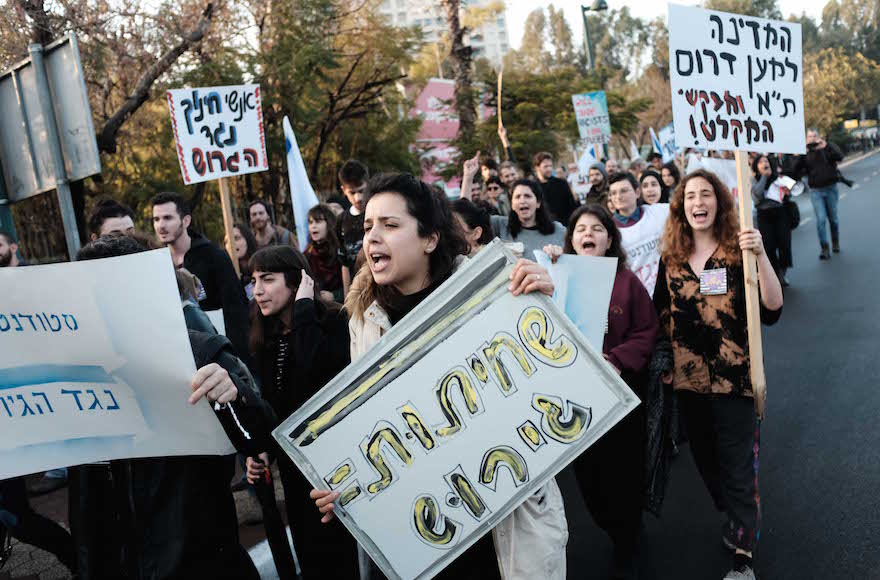 (JTA) — Holocaust survivors and rabbis, as well as doctors and some airline pilots, are among the Israelis who say they will try to thwart Israel’s plan to deport thousands of African migrants, even if it means taking them into their own homes.

The latest group to come forward are hospital doctors and medical staff, who in a letter Sunday to the director general of the Population and Immigration Authority asked the government to halt the planned expulsions.

As those who are “charged with the command to ‘save him from all evil and injustice,’ we are horrified by the thought that instead of absorbing those victims who came to us fleeing genocide, torture, violence and rape, we are discussing condemning them to further harm,” the letter reads.

Some 300 of the 400 medical personnel who signed the letter are doctors.

At the beginning of the month, Israel’s Cabinet approved a plan and the budget to deport thousands of migrants from Sudan and Eritrea.

Prior to that, the Population and Immigration Authority notified migrants from Sudan and Eritrea that as of Jan. 1, they must return to their own countries or to a third nation – reportedly either Rwanda or Uganda – or be sent to Holot Prison until they are deported.

Activists against the deportation have appealed to airline pilots that fly out of Israel to refuse to transport the deported migrants. In response, it was widely reported on Monday that three pilots for El Al, Israel’s national airline, announced on Facebook that they would refuse a request to fly the migrants out of Israel. El Al does not fly directly to Rwanda or Uganda, however.

Last week, a group of Israeli rabbis led in part by author and activist Rabbi Susan Silverman called on all Israelis to hide African asylum seekers in their homes to prevent their deportation. Calling the effort Miklat Israel – Miklat means sanctuary in Hebrew — and informally the Anne Frank Home Sanctuary movement, Silverman has invoked the teenage Holocaust diarist who with her family and others was hidden from the Nazis in an annex in an office building in Amsterdam. 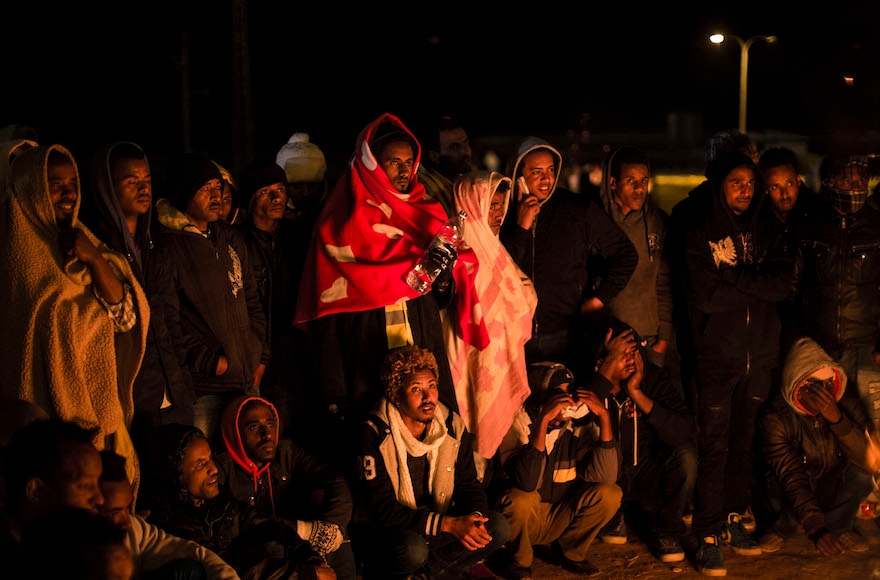 Some 130 rabbis met in Jerusalem under the auspices of Rabbis for Human Rights to discuss the initiative being overseen by the organization.

“Anne Frank is the most well-known hidden person, and she was hidden so she would not be sent to her death – and we have documentation that these people are facing possible death,” Silverman, the sister of comedian Sarah Silverman, told Haaretz.

A sign-up sheet on Google Docs collecting names, hometowns and phone numbers of Miklat Israel supporters asks how many asylum seekers the person can shelter.

Earlier this week, several Holocaust survivors told the Israeli Hebrew daily newspaper Yediot Acharonot that they would be willing to hide African migrants in their own homes to prevent their deportation. Some, however, rejected the Anne Frank comparison, saying the Israelis who shelter the migrants do not face being put to death.

According to the government plan, migrants who choose to leave by March 31 will receive a payment of $3,500 as well as free airfare and other incentives, according to reports. Security in their home country or a third country has already been guaranteed through diplomatic channels, Israeli officials have said.

The third country has not officially been identified, though most reports have identified it as either Rwanda or Uganda.

Advocates for the African migrants have said that those who have been deported have faced robbery, kidnapping and worse after their arrival.

The Population and Immigration Authority reported that no infiltrators entered Israel in 2017 and a small number in 2016 following the construction of a barrier wall on Israel’s southern border.

Israel has already deported 20,000 of the some 60,000 African migrants who entered Israel prior to the construction of the barrier.

In a tweet Monday, the government of Rwanda said that “in reference to the rumors that have been recently spread in the media, the Government of Rwanda wishes to inform that it has never signed any secret deal with Israel regarding the relocation of African migrants.”

In reference to the rumors that have been recently spread in the media, the Government of Rwanda wishes to inform that it has never signed any secret deal with Israel regarding the relocation of African migrants. (4/5)

A second tweet added that “Rwanda’s policy vis-à-vis Africans in need of a home, temporary or permanent, within our country’s means, remains ‘open doors.'”

Israel has granted asylum to fewer than 1 percent of the migrants.

In recent weeks, major American Jewish groups have called on Netanyahu not to carry out his plan to deport or jail the tens of thousands of migrants. Human rights groups and Israeli NGOs have also spoken out against the plan.

On Monday, more than 1,000 African asylum seekers, mostly from Eritrea, and about 100 Israeli supporters protested outside the Rwanda Embassy in Herzliya against the planned deportations.