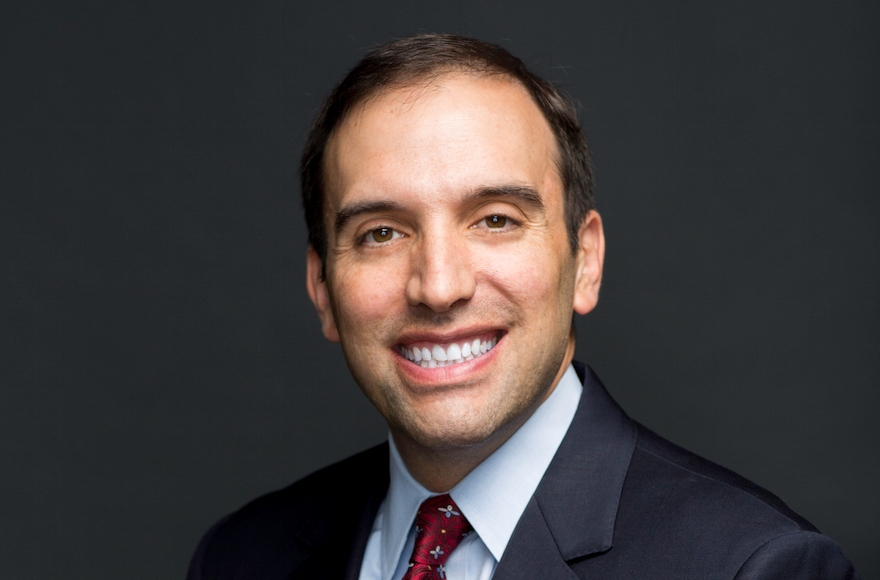 BOSTON (JTA) — Boston’s Jewish federation named a new top executive to succeed Barry Shrage, who will retire in June after leading the institution for some 30 years.

Rabbi Marc Baker will take over at the Combined Jewish Philanthropies of Greater Boston, which has a $64 million budget, an endowment of more than $1 billion and 170 staff members.

It is one of the largest Jewish federations in the United States and, under Shrage, among the most influential. During his tenure the umbrella charity earned a reputation for innovation in adult Jewish education, funding Jewish day schools and special education, Israel trips for young people, and outreach to intermarried couples and gays and lesbians.

Baker has led Gann Academy, a local pluralistic Jewish high school, for 11 years. He has served as a scholar-in-residence at the CJP’s leadership program since 2012. Before becoming head of school at Gann, Baker was a teacher and director of Judaics and student life at an Atlanta Jewish day school.

“It was apparent to the search committee that he was the most qualified candidate with a level of talent, experience, and passion that made him the ultimate choice to be our next president,” CJP board chair Neil Wallack said in a statement.

In a news release Wednesday from CJP, Baker said, “I look forward to building on the strong foundation Barry has established for CJP, serving as a champion for Boston’s Jewish community and for Israel, working to engage our next generation, and collaborating with a vibrant, diverse and inclusive Jewish Greater Boston.”

CJP would not disclose Baker’s salary per its practice, according to Wallack in a statement to JTA. He said it will be on par with Shrage, who earned just over $563,000 in salary and benefits, according to the latest available figures reported in 2015.

Baker plans to finish the school year at Gann and begin his new position over the summer. He lives is a suburb of Boston with his wife, Jill, and their four children.