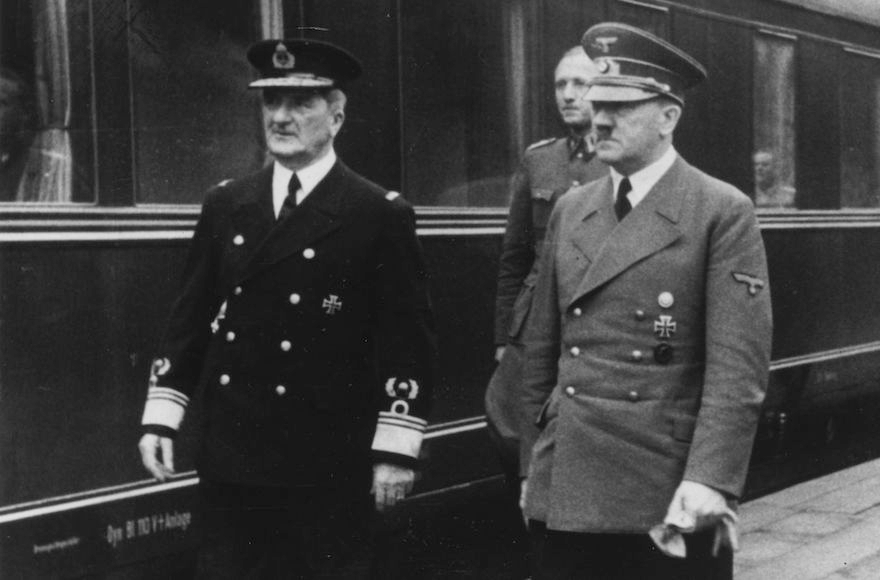 (JTA) — A church in Hungary canceled a ceremony in honor of the Nazi collaborator Miklos Horthy that was scheduled for International Holocaust Remembrance Day.

The Main Parish Church of the Assumption in Budapest and the KESZ group of churchgoers announced the cancellation of the Jan. 27 ceremony.

Sandor Lezsak, the deputy speaker of the parliament and a member of the ruling Fidesz ruling party, was announced as attending the event in an invitation organizers sent out earlier this month.

Mazsihisz, the umbrella group of Hungarian Jewish communities, protested the event prior to its cancellation. Zoltan Osztie, the priest of the Budapest church, told Reuters that the church had a tradition of organizing a mass for Horthy each year and that nobody had noticed that Saturday was also International Holocaust Remembrance Day.

“In the Holy Mass, we remember with affection and respect for the late governor of Miklos Horthy (1868-1957), who was born 150 years ago,” read the invitation, according to a report Tuesday in Szombat, the Jewish Hungarian weekly noted in an editorial. The event was “provocative,” the paper said, though it is not yet clear whether it was planned to take place on Jan. 27 for the date’s symbolic significance.

Also scheduled to attend was Sandor Szakaly, the head the Veritas Historical Research Institute, who said in a 2014 interview that the 1941 deportation and subsequent murder of tens of thousands of Jews was an “action of the immigration authorities against illegal aliens.”

In June, Hungarian Jews protested Prime Minister Viktor Orban’s inclusion of Horthy, who oversaw the murder of more than 500,000 Holocaust victims together with Nazi Germany, in a speech among those he called “exceptional statesmen” in Hungary for leading the country following the disintegration of the Austro-Hungarian Empire after World War I. Orban had appointed Szakaly to lead the historical institute.