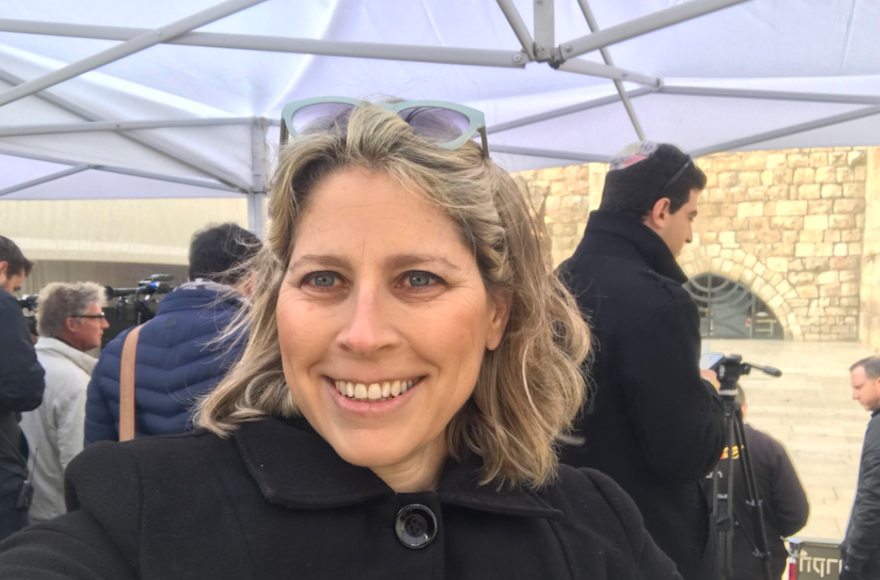 JERUSALEM (JTA) — The rabbi of the Western Wall sent a letter of apology to the editor of the Israeli business daily Globes for the discriminatory treatment of one of its reporters during Vice President Mike Pence’s visit to the site last week.

He also said he would “be very happy to set a meeting and visit to the Western Wall soon. The invitation is for you and whoever else you want to bring with you.”

Sikuler received the letter on Monday.

Schneider had threatened to file a lawsuit against Rabinovich over the segregation of female reporters and photographers from their male counterparts during Pence’s visit. On a podium erected for the journalists in the Western Wall plaza, the women were required to stand behind the men.

The women finally removed a tarp and stood on chairs so they could see over their male colleagues. The site had been closed to worshippers during the visit.

Following the incident, which was widely covered in the media, Globes sent a letter of protest to Rabinovich, requesting different arrangements for future events.

Rabinovitch sent copies of the letter to the U.S. ambassador to Israel, David Friedman; the director general of the Western Wall Heritage Foundation, Solly Eliav; and the Western Wall media director, Yohanna Bisraor.

Globes also sent a letter to Friedman on the issue but has yet to receive a response.

During President Donald Trump’s visit in May, male and female journalists stood separately but had equal access.

while I am waiting for @globes to translate the article to E – let me update that my chief executive editor @naamasik received the following "sorrow for the aggravation״ from Kotel Chief Rabbi Rabinovitch
cc: @jacobkornbluh @JakeTurx @kampeas @reglash https://t.co/7dR6iKJkPB pic.twitter.com/4Yl5t8TgUt