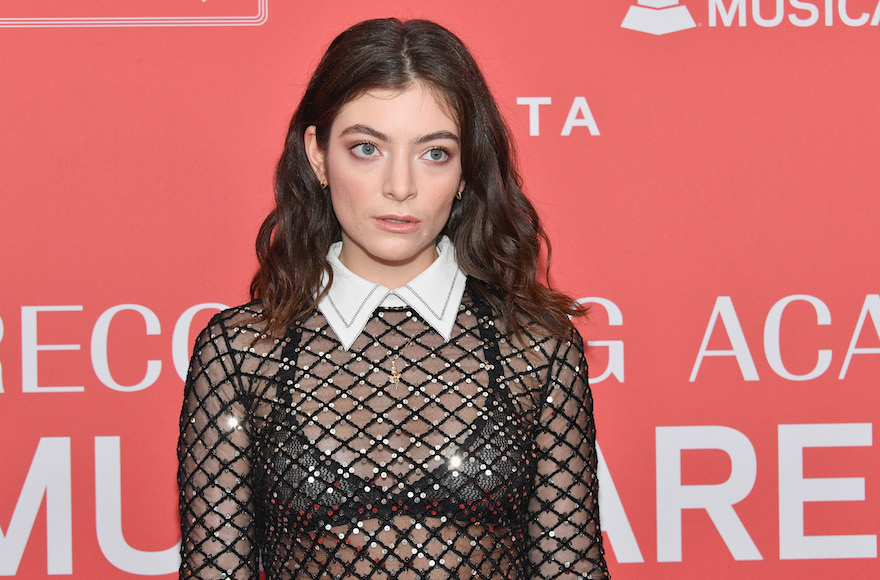 The teens are being represented by the Israeli legal rights group Shurat HaDin, which reportedly filed the lawsuit in a test case of a law passed in 2011 that allows civil lawsuits to be filed against people who call for a boycott against Israel.

The lawsuit announced Tuesday asks for about $13,000 in damages from the activists.

Following her announcement in December of a Tel Aviv concert date in June, New Zealanders Nadia Abu-Shanab and Justine Sachs — the former Palestinian and the latter Jewish — wrote an open letter to Lorde on the website The Spinoff saying that her scheduled performance in Israel “sends the wrong message.”

Lorde thanked the activists for educating her about the issues and days later canceled the concert, calling it the “right decision at this time.”

The lawsuit charges that the activists knew that their letter could trigger a boycott. The two women took credit for the cancellation.

“This lawsuit is an effort to give real consequences to those who selectively target Israel and seek to impose an unjust and illegal boycott against the Jewish state,” Nitsana Darshan-Leitner, the head of Shurat HaDin, told The Associated Press. “They must be held to compensate Israeli citizens for the moral and emotional injury and the indignity caused by their discriminatory actions.”

Sachs tweeted after the announcement of the lawsuit: “Israel the only ‘democracy’ in the Middle East where New Zealanders get sued for exercising their freedom of speech … in New Zealand.”