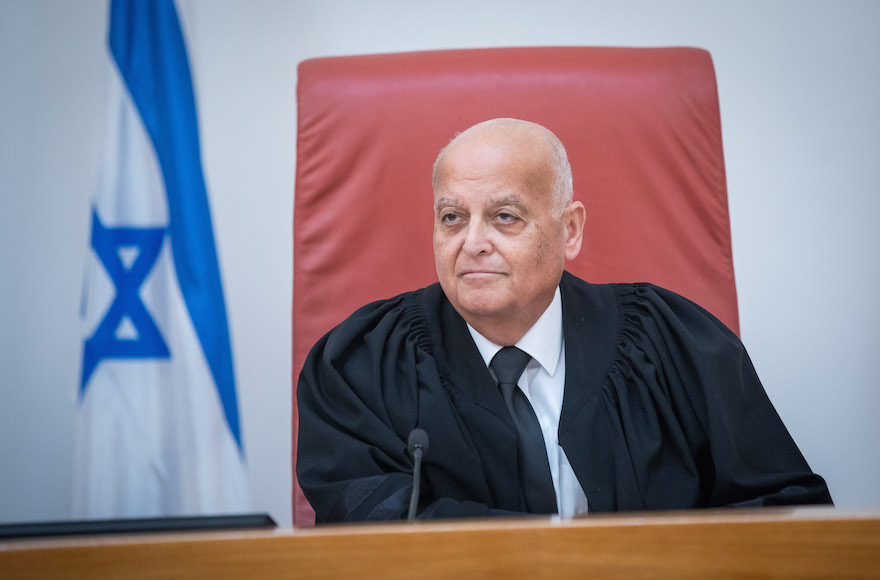 “Right now, I cannot sing an anthem that includes the words ‘Beats true a Jewish heart,'” Salim Joubran said in an interview published in the Israel Bar Association’s journal in honor of his August retirement. “If the state expects all of its citizens, including the Arab ones, to respect its national anthem, it needs to respect them and their rights.”

Joubran, 70, who served as a justice starting in 2003, said he stands at official events when “Hatikvah” is played, but does not sing the words.

“If one day the words of the national anthem are changed, I think I won’t have any problem singing it,” he said. “I definitely think words should be added to be appropriate for the Arab citizen in Israel as well.” he said.

George Karra, a Christian Arab citizen of Israel, was appointed to the Supreme Court a year ago.