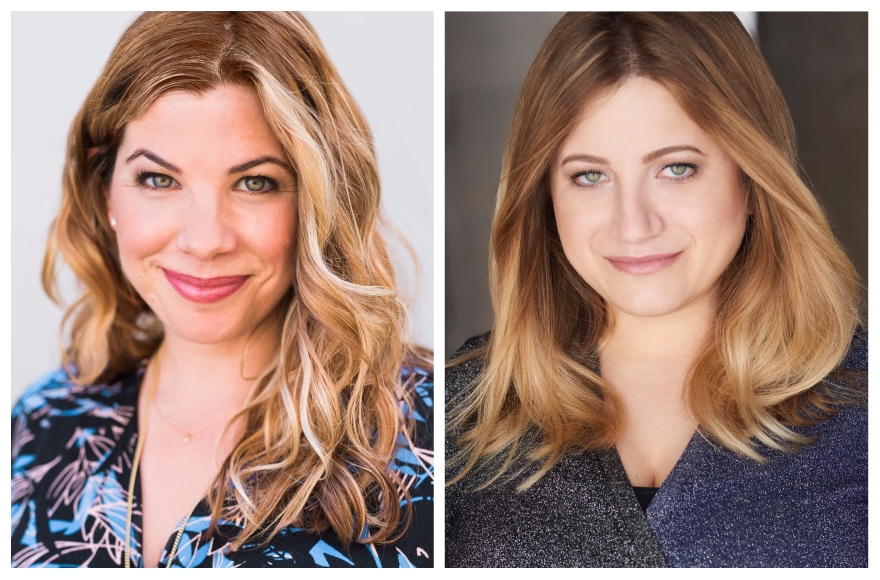 (JTA) — When Gabrielle Birkner and Rebecca Soffer met in 2007, the two Jewish journalists found they had much more in common than their professions. Through a mutual friend, they joined what became known as Women With Dead Parents, a monthly dinner gathering in New York City for women in their 20s and early 30s.

In 2004, when she was 24, Birkner’s father and stepmother were murdered in their Arizona home by a repairman who had previously done work there. At the time, Birkner was an obituary writer for a community newspaper.

In 2006, at age 30, Soffer, then a producer for “The Colbert Report,” lost her mother in a car accident. Four years later her father died from a heart attack.

After Soffer approached Birkner with the idea, in 2013 the two launched a website, modernloss.com, that publishes essays from writers sharing their own experiences with grief. It was intended, they wrote, as “a place to share the unspeakably taboo, unbelievably hilarious, and unexpectedly beautiful terrain of navigating your life after a death.”

JTA spoke with Birkner, a former managing editor at JTA and now executive editor of “Modern Loss” (Soffer, who also worked as national network coordinator for the Jewish cultural incubator Reboot, is the website’s CEO), about her experiences with modern-day mourning. She lives in Los Angeles with her husband and two children. Below are excerpts of the interview, edited for clarity.

JTA: I really enjoyed your book, although I will admit I can’t directly relate to your experience. How has the concept of loss and the grieving over a loved one changed in recent years? By the same token, how are some things still the same, such as people offering up truisms and cliches?

Birkner: I think we live increasingly in a sharing culture, and increasingly that extends to the losses in people’s lives. I think there still remains a taboo about talking about death and talking about loss and acknowledging that you are still suffering after six months, a year. I do think that’s slowly breaking down, and that social media has something to do with that.

I think people are increasingly open to sharing their losses alongside their happy milestones, and as a result, people are increasingly able to acknowledge someone else’s pain. I truly believe that community can form at the intersection of vulnerability, being willing to put your pain out there, and empathy, being willing to witness someone else’s pain, and acknowledge that. And I think to some extent, social media normalizes the conversation because words are just interfacing alongside a million other things that people are posting.

If someone posts a “throwback” photo of [a dead loved one] or says it’s my dad’s “death-aversary”… am I wrong to acknowledge it on Facebook? I think if someone puts it out there, you are not wrong to respond there. I think you have an obligation, if you have a real relationship, to do more beyond that. But that is a first step.

How did “Modern Loss” evolve into a book, and what role will the website continue to play now that the book has been released?

We started it in late 2013 when we were both extremely pregnant. We probably had two decades of media experience between us, and really saw a white space in the digital universe, having experienced loss as young adults and not finding digital resources that spoke to us in the aftermath — just seeing a need to create a platform where people could seek and share their stories honestly, openly, with poignancy and humor.

Working on the website for the past four years … we saw the themes that were naturally bubbling up on the site … really about how our grief changes shape over time and how we learn to coexist with it. It enabled us to see the kind of content that people were writing and that was really speaking to readers.

The book is a natural outgrowth of the site, and in some ways it’s just great to have it on your shelf. With the book, you’re not staring at a screen, you can pick it up and put it down …, you can access the different themes as you need it in the course of your own grief journey. There is a kernel in each one of these stories that regardless of who you’ve lost or how you lost that person or the amount of time it’s been since you lost that person, I feel like everyone who has experienced loss will be able to relate to.

Did you personally find solace in Jewish rituals during your own mourning? Do you think those rituals that address mourning and loss are still relevant in this digital, modern age?

On a personal level, I found Jewish rituals to be comforting and challenging at the same time. … The rhythm of what was prescribed I did find comforting, gave me something to do, which is why in so many ways that year I felt wasn’t the hardest. There were always people that first year checking in and sending you trees that were planted in their memory.

There were also rituals I found extremely challenging — one was saying Kaddish. I felt it was really unfair, I always felt very exposed standing up in synagogue and I felt ‘I’m too young to be doing this.’ … [But] now, when it’s time to say Kaddish … I always stand in case anyone else is feeling that exposed.

What was the place of any religion among those who contributed to your website? Did you find that people turn back to religion in times of grief?

There are a lot of good grief resources out there that are based in faith traditions, Jewish and otherwise. Our site is really for everyone.

But there are some really good shiva-related anecdotes in the book. If you look at Elisa Albert’s essay, she talks about shiva being the best and rightest ritual ever invented. Haley Tanner writes about how people can’t remember what they ate for lunch yesterday, but if someone doesn’t show up and make a shiva call, they’ll remember that and hold that grudge 20 years on.

More than 13 years after your father and stepmother were killed, how does this ever-hovering sense of grief and the after-effects of your loss affect your own relationships with your husband and kids, who obviously didn’t know your parents?

I find it’s about not letting them be defined by just the negative space, by telling them about who they were and what they liked, and sharing their interests with my kids.

Is there anything else you would like readers to know about yourself or how they can be part of the conversation around death and mourning?

I really feel like because there’s no one sound bite that’s going to make everyone who’s experienced loss feel supported in any given moment, it’s so much more important to show up, follow up, and follow through than to worry about saying the exact right thing in any given moment.