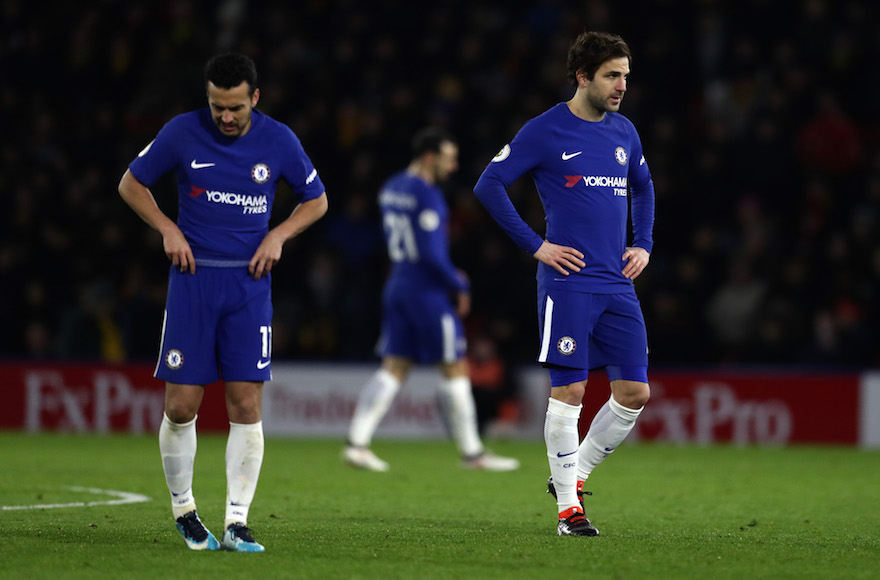 (JTA) — Supporters of the Chelsea soccer team were caught singing anti-Semitic songs during a game held five days after the British club launched a campaign to stamp out anti-Semitism among its fans.

After the match against fellow Premier League squad Watford on Monday night, an unnamed Chelsea fan told England’s Jewish News that he was hit with a “torrent” of anti-Semitic abuse and moved out of his seat for his safety.

Jonathan Metliss, who heads the group Action Against Discrimination, which is aimed at combating racism among European soccer fans, also was at the game and told the Jewish News that he took photos of the alleged perpetrators for investigators. Metliss said he was “disgusted” by the fans’ behavior.

Chelsea announced last month that it would partner with the Anne Frank House, London’s Jewish Museum and other organizations to provide workshops on the Jewish culture in primary schools. It will also launch an education program for fans who have been banned from games for perpetuating anti-Semitism.

Tottenham has long been considered a “Jewish” team because it once had strong support from Jewish immigrants in North London.