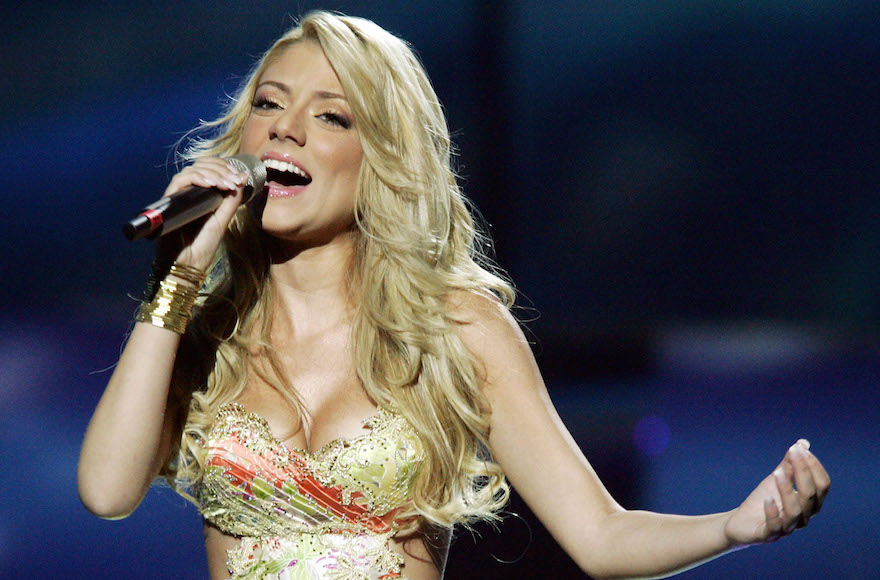 JERUSALEM (JTA) — An Israeli pop star is set to get her big break on Broadway.

Shiri Maimon reportedly received an offer to play the starring role of Roxie Hart in the hit musical “Chicago.” The offer was first reported on Israel’s Channel 10 television.

Maimon, 36, recently starred in a production of “Evita” at Habima, the national theater of Israel in Tel Aviv, where she reportedly was seen by the “Chicago” producers. They invited her to come for a series of meetings and an audition in New York.

Maimon recently completed her third season as a celebrity judge on the Israeli version of  “X Factor.”

She first rose to stardom as the runner-up in the first season of the Israeli reality show “Kochav Nolad,” which translates to “A Star Is Born,” in 2003. She then went on to take fourth place at the Eurovision Song Contest in 2005 with the ballad “Hasheket Shenishar,” garnering international acclaim.

Maimon, who sang with the Israeli Air Force Entertainment Troupe during her military service, has released four albums.

Maimon, who had her second child in the second half of 2017, would move with her family to New York to be ready to begin performances in September, according to Ynet.