JERUSALEM (JTA) — The condition of a pilot of the F-16 fighter jet downed by Syrian anti-aircraft fire has improved.

The pilot, who came to Rambam Heath Care Campus in Haifa on Saturday, regained consciousness and was removed from a respirator, the hospital said. He was upgraded from serious to moderate condition.

The aircraft was targeted by Syrian missiles after a run in which Israeli fighter jets attacked 12 targets in Syria, including three aerial defense batteries and four Iranian targets that are part of Iran’s military establishment in Syria, in response to an Iranian drone entering Israel’s airspace from Syria. The pilot and navigator ejected from the aircraft.

The plane crashed in a field near Beit Shean in the Jezreel Valley.

The pilot was taken to emergency surgery on Saturday, according to Rambam.

The  second pilot was lightly injured and scheduled to leave the hospital on Sunday, according to reports.

An investigation is underway to determine the exact cause of the crash. The downing of the Israeli jet due to Syrian anti-aircraft fire would be the first time for Israel since the Lebanon War in 1982.

The terror group Hezbollah called the downing of the F-16 the start of a “new strategic phase” in which Israel would no longer operate freely in Syrian airspace. 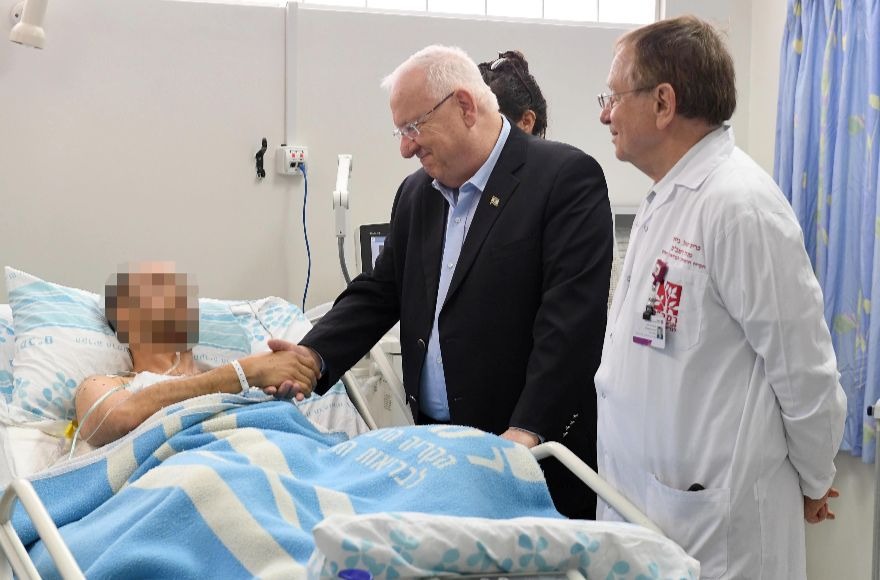 Israeli President Reuven Rivlin meets the seriously injured pilot that ejected from the F-16 fighter jet struck by shrapnel from a Syrian anti-aircraft missile at Rambam Hospital in Haifa on Feb. 11, 2018. (Mark Neiman/GPO)