JDC dedicates home for 100 years worth of its historical documents 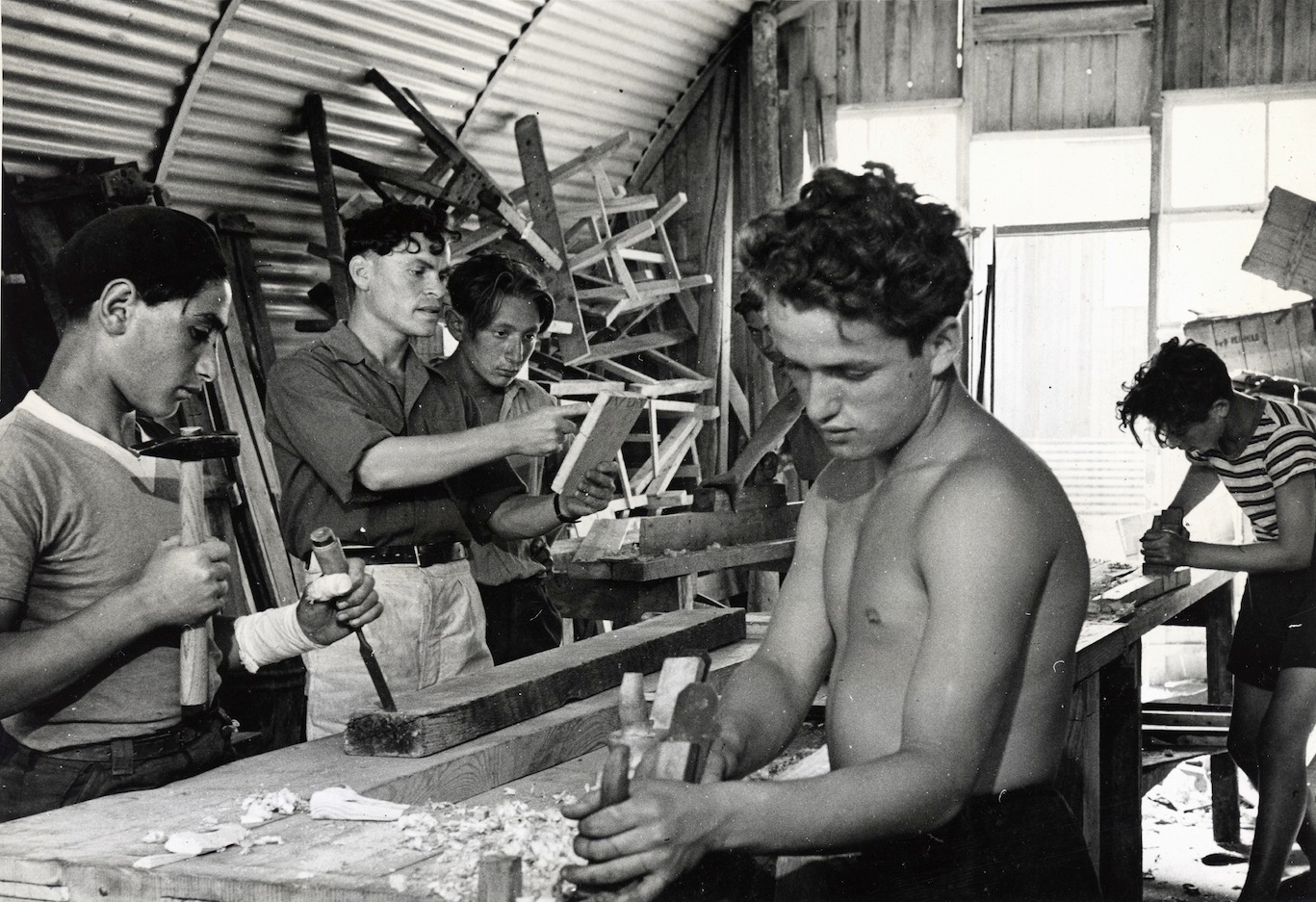 A woodworking class in the trade school established and funded by the American Jewish Joint Distribution Committee at a Cyprus detention camp in 1947. Chairs, tables, and benches were constructed for use by the detainees. (Courtesy JDC Archives)
Advertisement

JERUSALEM (JTA) — A center for the historical records of the American Jewish Joint Distribution Committee was dedicated in the group’s Jerusalem offices.

The Marshall M. Weinberg JDC Archives dedicated on Tuesday is a climate-controlled, state-of-the-art facility that will house the historic archival records of JDC’s Jerusalem and overseas offices.

The archives, spanning 1914 to present day, includes over three miles of documents, 100,000 photographs, a research library of more than 6,000 books, 1,100 audio recordings including oral histories, and a collection of 2,500 videos. Since its founding during World War I, the JDC has provided humanitarian assistance and disaster relief  in 70 countries.

The funds for the center were donated by Jewish investor and philanthropist Marshall Weinberg, an honorary JDC board member. Weinberg also is a board member of JTA’s parent company, 70 Faces Media.

“It’s critically important today that we, as Jews, understand how our past influences our present and future. When two of the leading archivists in America have stated that the JDC Archives is one of the most important collections of modern Jewish history and humanitarian assistance in the world, I know that investing in its safe-keeping benefits the Jewish people and all humankind,” Weinberg said in a statement.

Also on Tuesday, Israel’s President Reuven Rivlin welcomed more than 100 JDC board members and guests from around the world to his residence to celebrate Israel’s 70th anniversary and JDC’s century-plus work in Israel.

Rivlin was shown a document from the JDC archives, a recently unearthed 1920 letter from his father’s cousin Rabbi Moshe Rivlin requesting JDC assistance for matzah and food for needy Jerusalem Jews at Passover.