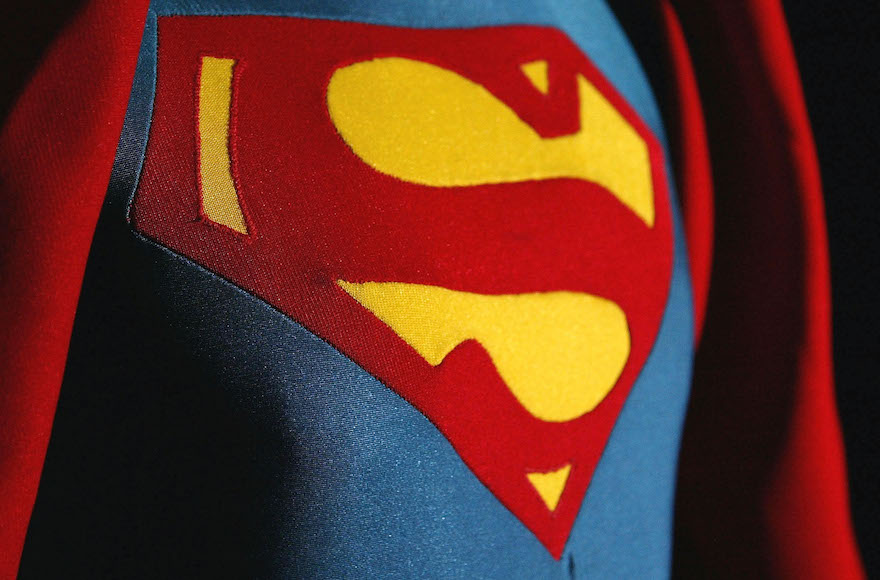 (JTA) — DC Comics’ newest writer says that the choices he has made for his new Superman series are “deeply connected to [the character’s] origins.”

And those origins are very Jewish.

Brian Michael Bendis, who recently jumped ship from Marvel to DC Comics, will start drawing new comic books with the iconic superhero in May. He happens to be a product of a strictly Orthodox Jewish day school in Cleveland.

“I’m a little Jewish boy from Cleveland and my connection to Superman is very, very deep, genetically,” Bendis told Forbes earlier this month.

Bendis’ personal background could have implications for the Superman character. From his given name Kal-El to his exodus from his home planet, Superman exudes the Jewish sensibilities of his creators, immigrants Jerry Siegel and Joe Shuster (also Clevelanders).

“El” is a Hebrew term used to designate God. And just as Moses was nestled in a little basket for his trip down the Nile, Superman’s parents placed him in a rocket ship so he could escape his dying planet of Krypton. Instead of Pharoah’s daughter lifting a crying baby out of a basket, Superman’s adoptive parents opened the rocket to discover a crying baby. The character’s transformation from mild-mannered, glasses-wearing Clark Kent to avenging strongman has also been seen as a sort of Jewish immigrant’s wish fulfillment. The list of Jewish connections goes on.

Bendis told Forbes that it took some cosmic convincing to leave his longtime perch at Marvel for DC. While he was considering what to do, he said, he returned to Cleveland for his brother’s wedding. He went to visit a friend who runs the Cleveland Public Library, and when he walked through the doors he ran into a Superman exhibition.

“It was like the universe was speaking to me, telling me ‘Oh you’ve got to do this!’ And it flooded back to me in the biggest way possible, and here we are,” he told Forbes interviewer Mark Hughes.

Bendis is perhaps best known from his days at Marvel as the man who killed off Spiderman — or at least his alter-ego, Peter Parker — in order to replace him with a new half-black, half-Hispanic character who gets bitten by a genetically altered spider. He said he was trying to make the comics look more like the real world.

Bendis was raised by a single mother in Cleveland and discovered comic books as an adolescent.

He said the rabbis at his school did not enjoy his drawings, in particular the sketches of men in tights. He frequently got sent home for his artwork.

Bendis told Forbes that his new Superman “is a reflection of where he came from and the world we live in now.”

“Writing Superman in today’s day and age is such a powerful experience. We live in a world where we’ve heard, ‘Truth, justice, and the American way’ our whole lives, right? But this is the first time those things are really not to be taken for granted,” he elaborated.

“Now I think it’s time Superman stand up and give us that hope we always want from him. It’s a great thing to be writing a character who exudes hope at a time when people really, really need it.”