Iranian official: If Israel attacks we will destroy Tel Aviv and kill Netanyahu 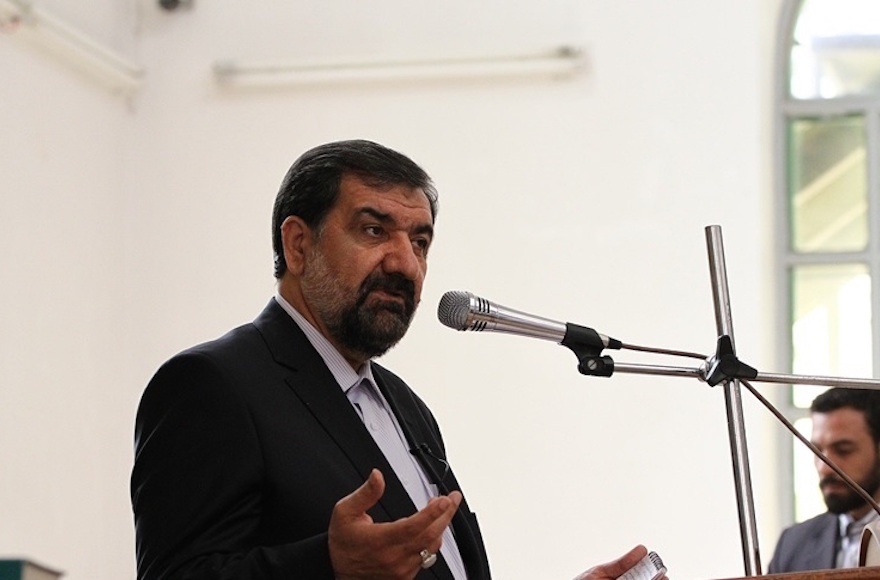 (JTA) — An Iranian official said his country would destroy Tel Aviv and kill Benjamin Netanyahu if the Israeli prime minister followed through on his threat to attack Iran.

“About Netanyahu’s unwise words, I should say that if they carry out the slightest unwise move against Iran, we will level Tel Aviv to the ground and will not give any opportunity to Netanyahu to flee,” the secretary of Iran’s Expediency Council, Mohsen Rezaee, told the Arabic-language al-Manar news channel on Monday, according to Fars News Agency.

The Expediency Council is an administrative assembly that provides counsel to Iran’s supreme leader, who appoints its members.

On Sunday, Netanyahu threatened to attack Iran in response to terror attacks on Israel’s soil.

“Israel will not allow Iran’s regime to put a noose of terror around our neck. We will act without hesitation to defend ourselves. And we will act, if necessary, not just against Iran’s proxies that are attacking us but against Iran itself,” Netanyahu said at the Munich Security Conference.

Netanyahu waved a piece of an Iranian drone shot down over northern Israel last week, which led to Israeli airstrikes on Iranian targets in Syria, and directly addressed Iranian Foreign Minister Mohammad Javad Zarif, who also attended the conference.

Zarif later mocked Netanyahu’s theatrics, calling it a “cartoonish circus.”  Netanyahu had called Zarif in his speech “the smooth-talking mouthpiece of Iran’s regime” who “lies with eloquence.”