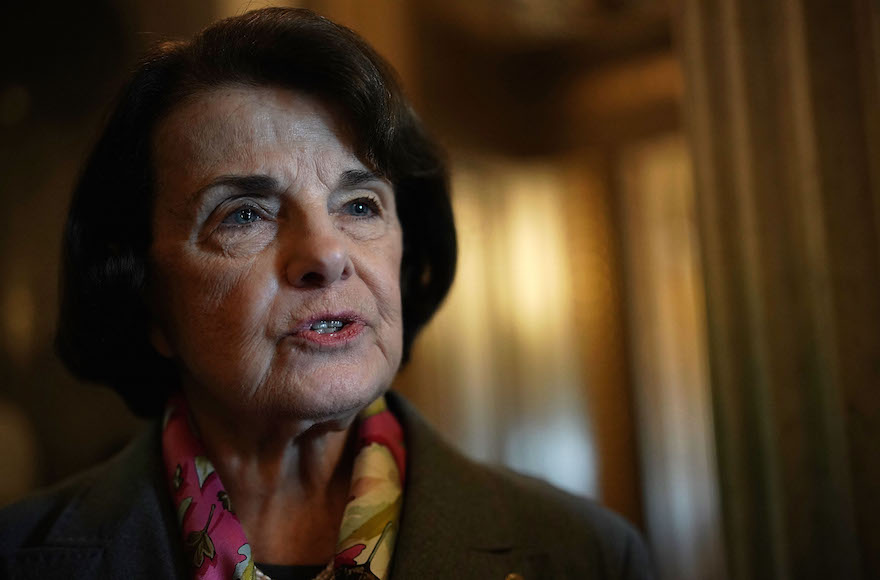 WASHINGTON (JTA) — California Democrats declined to endorse Dianne Feinstein, the state’s senior senator, a sign of unrest in the party between its leftist and establishment wings.

Delegates to the state party’s annual convention in San Diego over the weekend voted 37 percent for Feinstein and 54 percent for Kevin de León, the State Senate leader and a progressive. An endorsement requires 60 percent of the vote, denying either candidate the prize.

Feinstein, 84, remains well ahead in the polls and in fund-raising and is still favored to win reelection.

Feinstein, who is Jewish, is seen as progressive on social issues but has found disfavor among progressives for her hawkish defense of the security and intelligence establishments.