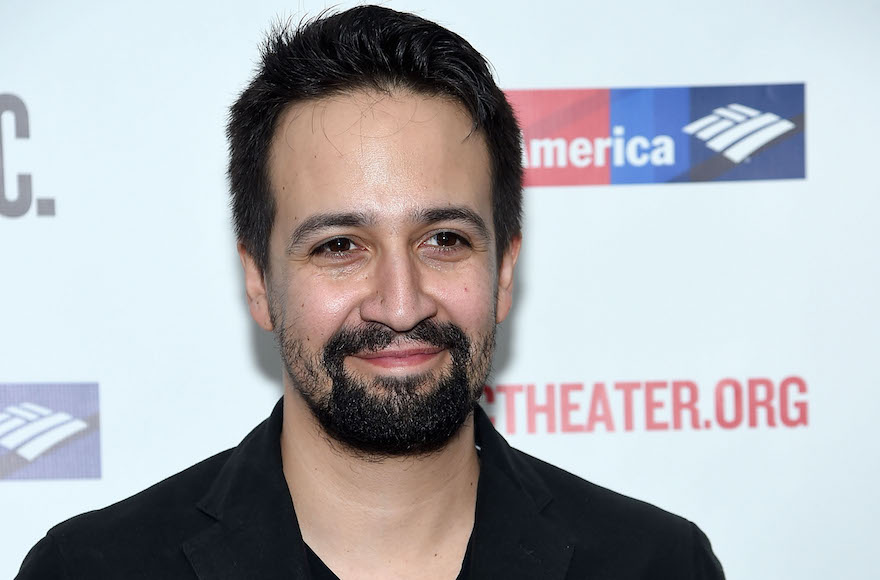 (JTA) — You may have known that Lin-Manuel Miranda, Broadway darling and creator of the musical “Hamilton,” sang a “Fiddler On The Roof” song at his wedding party.

But did you know that he was also in a Jewish a cappella group in college?

Many fellow tweeters were surprised at the video and had some kind words.

In that pic you can totally pass for an MOT

(MOT is short for “member of the tribe.”)

Stein later posted a photoshopped image of Miranda wearing a kippah to entice students to audition for the a cappella group.

Miranda, who is mostly of Puerto Rican descent, has long been a friend of the Jewish community. He told the New Yorker a few years ago that while attending the selective Hunter College Elementary School in Manhattan, most of his friends were Jewish. Before making it big on Broadway, he helped pay his rent by performing at bar and bat mitzvahs. In 2016, he appeared in a fundraising video for Yeshiva University — a school that gave him an honorary doctorate in 2009.