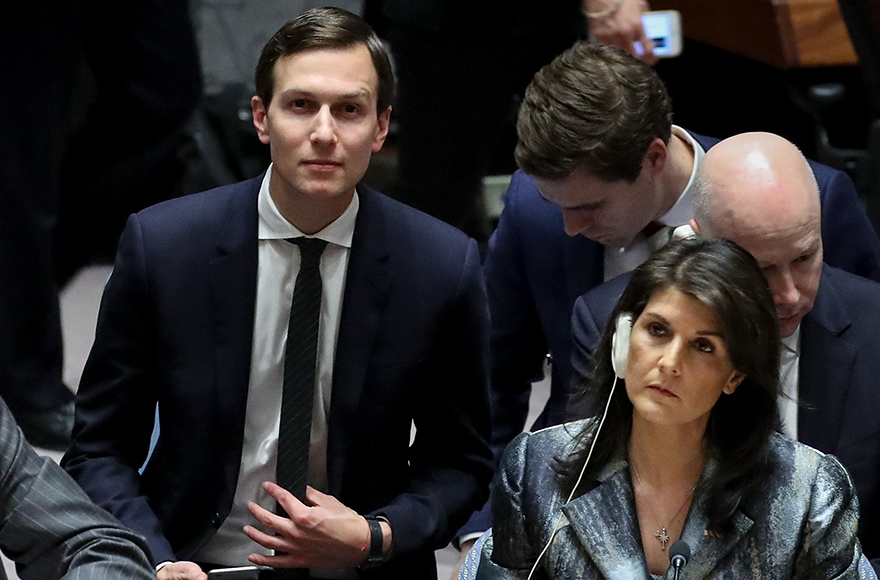 WASHINGTON (JTA) — Jared Kushner, President Donald Trump’s son-in-law and a top adviser, has had his security clearance downgraded from top secret to secret, which could affect his leadership in trying to bring about Israeli-Palestinian peace.

Multiple news outlets reported Tuesday afternoon that Kushner was among a number of White House staffers lacking permanent security clearance to have their status downgraded.

John Kelly, the White House chief of staff, promised the downgrade after it was revealed that another top staffer, White House staff secretary Rob Porter, had stayed in his sensitive job for months without clearance despite past allegations of domestic abuse.

It is not clear what is hindering Kushner’s full clearance. Like his father-in-law, he is a real estate developer. He is known to be in debt, and is reported to have loans out by foreign creditors.

The Washington Post late Tuesday reported, quoting U.S. officials, that officials in four countries had discussed manipulating Kushner, in part by taking advantage of his financial difficulties. The four countries are Israel, China, Mexico and the United Arab Emirates. There was concern in the White House that Kushner was “naive and being tricked” by foreigners, according to a former White House official. Kushner’s lawyers told the newspaper that they would not respond to what they called hearsay.

Middle East peace negotiators have traditionally had top-secret clearance, considered critical in understanding the myriad pressures facing the parties as they consider talks. Kushner’s team is believed to be almost ready to release its proposal to return the sides to talks. It’s not clear what happens to Kushner’s role now that he no longer has the top-secret clearance.

Separately, Axios reported that Kushner’s top spokesman, Josh Raffel, is leaving the White House in two months. Raffel, whose focus has included the Israeli-Palestinian talks, is popular in the White House and among reporters.