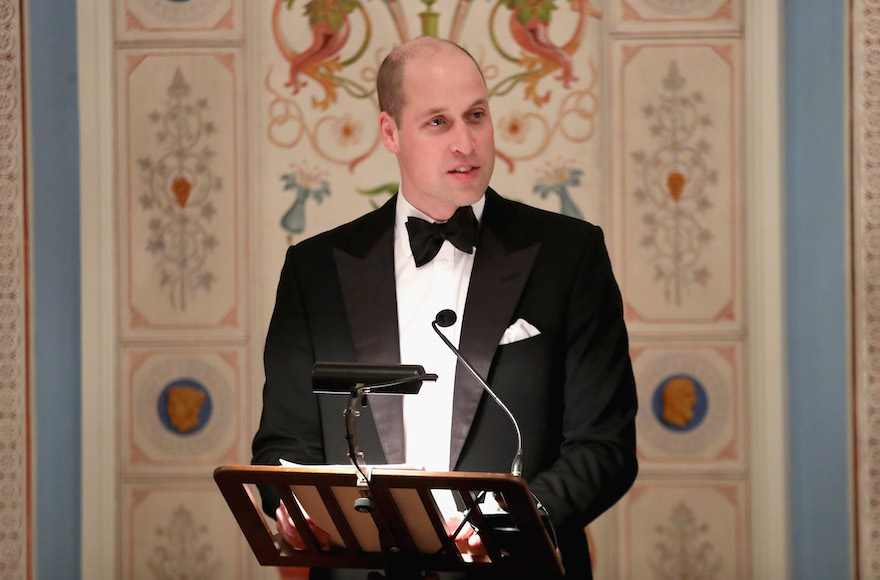 (JTA) — In a break with what many believe is a decades-long unofficial boycott of Israel, the British Royal House announced what appears to be a state visit to the Jewish homeland by one of its most senior members, Prince William, whose official title is the Duke of Cambridge.

“The Duke of Cambridge will visit Israel, Jordan and the Occupied Palestinian Territories in the Summer,” Thursday’s announcement on the Facebook account of the British Embassy in Israel read. The visit, according to the statement, “is at the request of Her Majesty’s Government and has been welcomed by the Israeli, Jordanian and Palestinian authorities.” It contained no further details.

To date, no senior member of the Royal House has visited Israel in their official capacity in what many observers believe is a policy adopted following the Zionist movements’ use of violence against British nationals when the United Kingdom ruled the Mandate on Palestine – an area comprising modern-day Israel, Jordan and the Palestinian Authority.

Whereas members of the British Royal Family, including Queen Elizabeth, have made state visits to Kenya and other countries where acts perceived as terrorism were committed against Britain and its citizens by anti-colonialist combatants, they have stayed away from Israel in their official capacity since the country’s establishment in 1948. 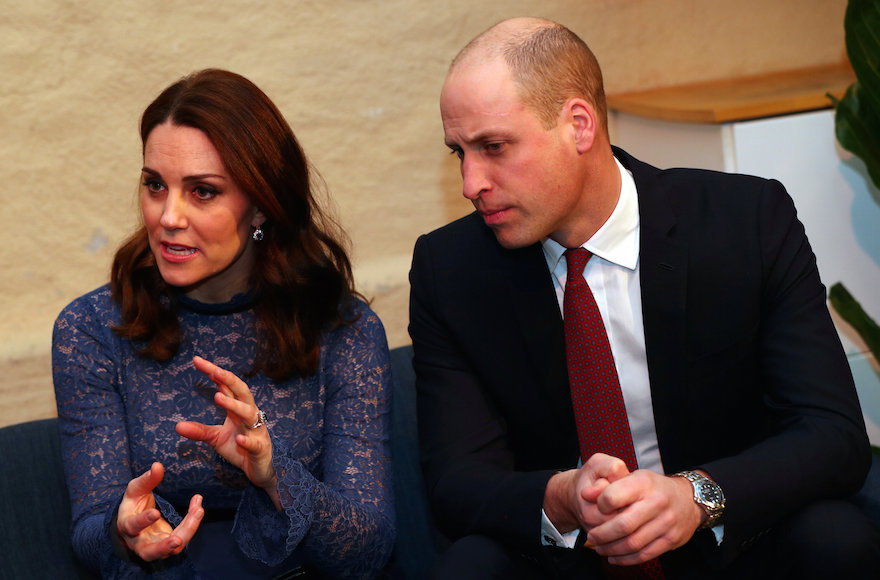 Catherine, Duchess of Cambridge, shown with Prince William, will likely not make the trip to Israel. (Hannah McKay/Pool/Getty Images)

Prime Minister Benjamin Netanyahu of Israel said in a statement: “We welcome the announcement on the arrival of Prince William to Israel. This is a historic visit, the first of its kind, and it will be greeted here with great affection. I have instructed the Foreign Ministry director general to coordinate the preparations ahead of the visit in order to ensure its success.”

The president of the Board of Deputies of British Jews, Jonathan Arkush, applauded the announcement of the historic visit to Israel.

“We are delighted that in the year of Israel’s 70th anniversary, the Duke of Cambridge will be making the first official royal visit to the country,” he said. “This is something I have been calling for for a long time. The visit is testimony to the fact that the United Kingdom and Israel are key allies with a strong trading relationship and close cultural links. This visit will bring our two nations even closer together.”

Mark Regev, Israel’s ambassador to Britain, said that “Israel looks forward to welcoming His Royal Highness this summer for what promises to be an exciting and historic visit.”