American-Israeli behind the JCC bomb threats charged with hate crimes 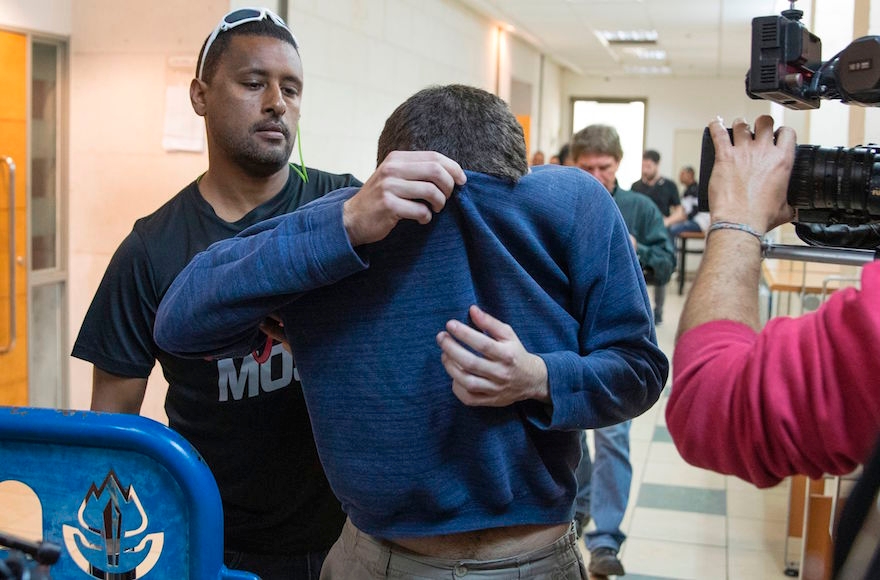 (JTA) — The American-Israeli man accused of making hundreds of bomb threats to Jewish community centers in the United States was indicted for federal hate crimes.

On Wednesday, the U.S. Justice Department said in a statement that it has indicted Michael Kadar, 19, who is under arrest in Israel.

The hoax threats to the JCCs and other Jewish institutions in the first three months of 2017 forced widespread evacuations and raised fears of a resurgence in anti-Semitism.

Kadar,  who holds dual U.S.-Israeli citizenship, was indicted by grand juries in Florida, Georgia and the District of Columbia, according to the Justice Department statement.

The Jewish man from Ashkelon in Israel was indicted for allegedly calling police in January 2017 about a hoax hostage situation at a home in Athens, Georgia, which included a threat to kill responding officers. Kadar also faces charges on a federal cyberstalking indictment in Georgia, Reuters reported.

In Florida, Kadar was charged with making multiple threatening calls about bomb threats and gun attacks against JCCs throughout the state in January and February 2017. He also is alleged to have made bomb threats against the Orlando International Airport and a school.

Kadar was already charged in Israel in April 2017 with thousands of counts on offenses that include publishing false information, causing panic, computer hacking and money laundering. He was arrested in Israel in March 2017 in a joint operation with the FBI.

The statement did not say whether he would be extradited to the United States.

In a statement, the Anti-Defamation League applauded the indictment and reiterated its view that the actions attributed to Kadar were anti-Semitic hate crimes.

“Make no mistake, these threats were acts of anti-Semitism and deserve to be treated as a hate crime,” ADL National Director Jonathan Greenblatt said in a statement. “They targeted Jewish institutions in order to stoke fear and anxiety, and put the entire Jewish community on high alert.”

ADL “especially appreciates the fact that these federal charges recognize that these threats constituted crimes,” he added.

Kadar’s parents and lawyer have not disputed his involvement in the bomb threats but asserted in his defense that he has a brain tumor and a low IQ.