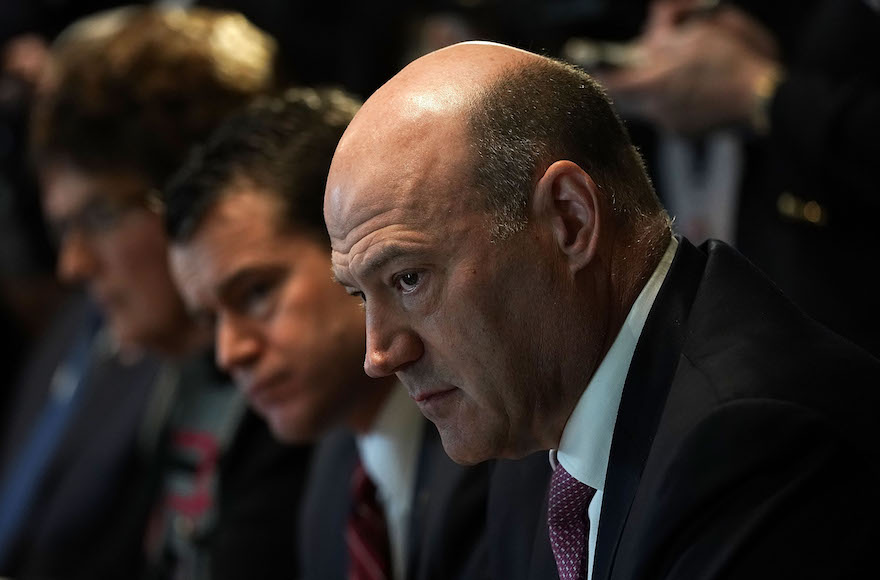 The New York Times reported late Tuesday that Cohn, who is Jewish, would leave within weeks.

“Gary has been my chief economic adviser and did a superb job in driving our agenda, helping to deliver historic tax cuts and reforms and unleashing the American economy once again,” Trump told The Times. “He is a rare talent, and I thank him for his dedicated service to the American people.”

Cohn told The Times that he had been proud to work on the “pro-growth economic policies to benefit the American people, in particular the passage of historic tax reform.”

The cordial goodbyes belied the tumult at the White House. There have been dozens of departures since Trump’s inauguration in slightly over a year ago. It’s not clear what drove Cohn out now, but the former top executive at the Goldman Sachs investment bank was known to favor conventional Republican free trade policies. Trump in a move last week that surprised many of his top advisers wants to introduce stiff tariffs on the importation of steel and aluminum.

Cohn was known to be close to Trump’s Jewish daughter, Ivanka, and her husband, Jared Kushner. Both are top advisers to Trump.

Cohn reportedly considered quitting the Trump administration last August after Trump equivocated in his condemnation of neo-Nazis and white supremacists who marched in Charlottesville, Virginia. A white supremacist rammed counterprotesters with his car during that march, killing one and injuring at least 20 others.