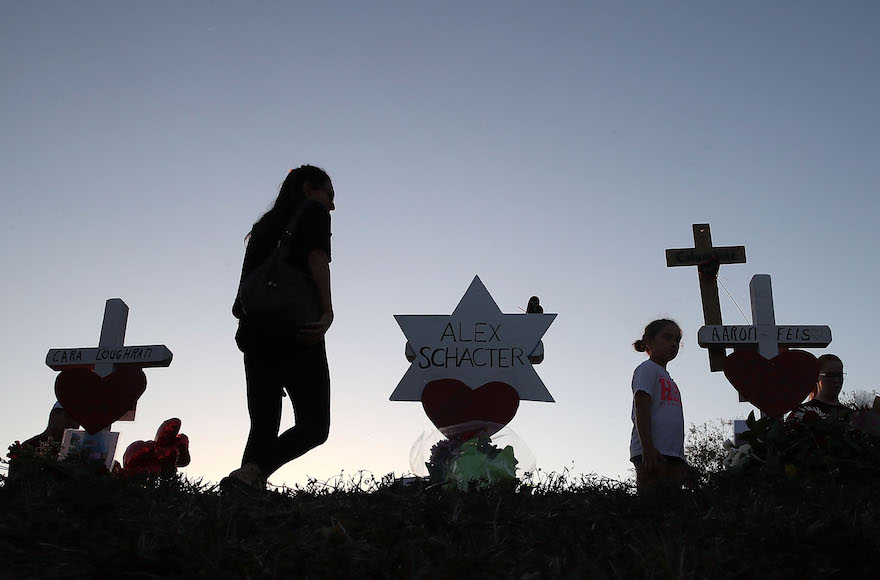 The schools that signed on are from the United States and Canada, and represent various denominations and affiliations. They include those with students from early childhood through high school.

“As leaders in our communities, as Jews of conscience, and most of all, as those who have taken on the sacred task of educating and protecting our children, we feel compelled to join our nation’s youth to demand action that will increase safety in all of our schools,” the letter reads.

It calls upon President Donald Trump, federal and state lawmakers and citizens “to enact common sense legislation that addresses all factors contributing to a safe and secure educational community, including restrictions and safeguards related to guns.”

Schools approached Prizmah with the idea to write a letter, the group’s CEO, Paul Bernstein, told JTA. The letter was written by a group of heads of schools led by Adam Shapiro of Golda Och Academy in West Orange, New Jersey.

“It’s clear that as a day school community we needed to make a statement as well that represented all of us, much like many of our independent school associations have done over this last week or so,” Shapiro told JTA. “We felt it really important that the Jewish day schools stepped forward as well.”

The letter is not taking a position on whether schools should support student walkouts planned nationwide for later this month and in April, according to Bernstein.

“Some schools will get behind the walkout, some schools will look the other way to express what they think is important, but at the end of the day everyone is standing for the same thing, which is we need to protect our students and the professionals that work in schools,” Bernstein said.

Bernstein said the issue of school safety has a special resonance in the Jewish community.

“I think that school safety is something we are all acutely aware of in the Jewish community anyway,” he said, “and people feel that it’s important we say that we name this and we say it with our Jewish voice as well as our voice in our [larger] community.”