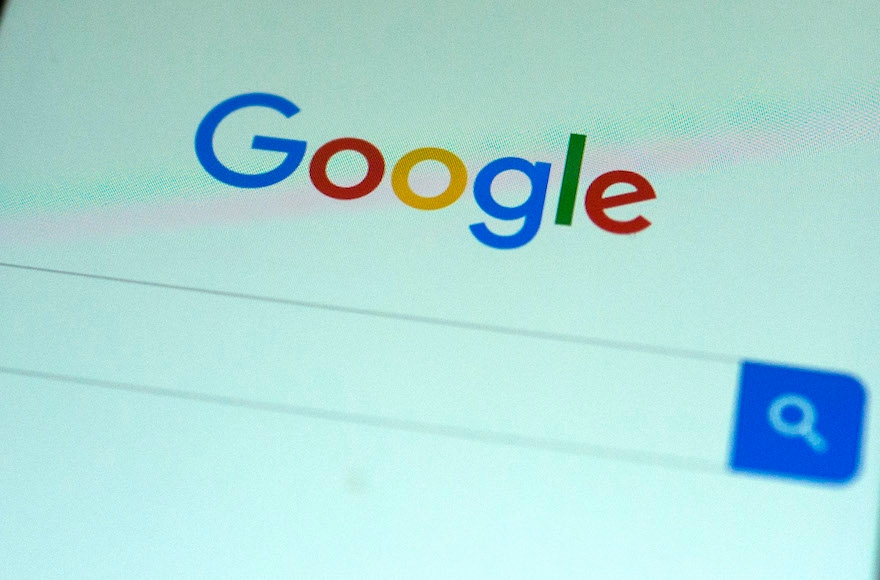 (JTA) — Google is facing criticism in Sweden for its failure to prevent anti-Semitic material from topping searches featuring the term “Jews in Sweden.”

One such search, which was last updated on Wednesday, delivers as the second result a list of prominent Jews compiled by anti-Semites.

Additionally, a video that appeared on the Granskning Sverige, or Sweden Review, far-right channel on YouTube contains racial slurs and the names and pictures of prominent Swedish Jews. YouTube has taken down the Sweden Review channel following an outcry earlier this week over the availability of anti-Semitic content in local media, including Dagens Nyheter and Expressen. Its content has since been uploaded by affiliated channels and is again available.

“As a person featured on this list, I am appalled that it took this long for anyone to react to the fact that names and details of Jews are being collected and cataloged, for all the world to see,” Annika Hernroth-Rothstein wrote on Facebook Thursday. The textual list describes her as “a liberty-killer” who “demonstrates for the terrorist state of Israel.”

Svante Weyler, a publisher and chair of the Swedish Committee Against Antisemitism, said the list was reminiscent of Nazi practices.

“This list is part of an old classical tradition by Nazis and anti-Semites in anticipation of a time when the political climate changes, so they know who to pick, who to send away, who to kill. That’s what they did previously so why would they not do it again?” he told Expressen.

“Generally speaking, content clearly breaching copyright laws, harassment or encourages violence against individuals or groups is unacceptable to us,” Shadloo was quoted as saying.