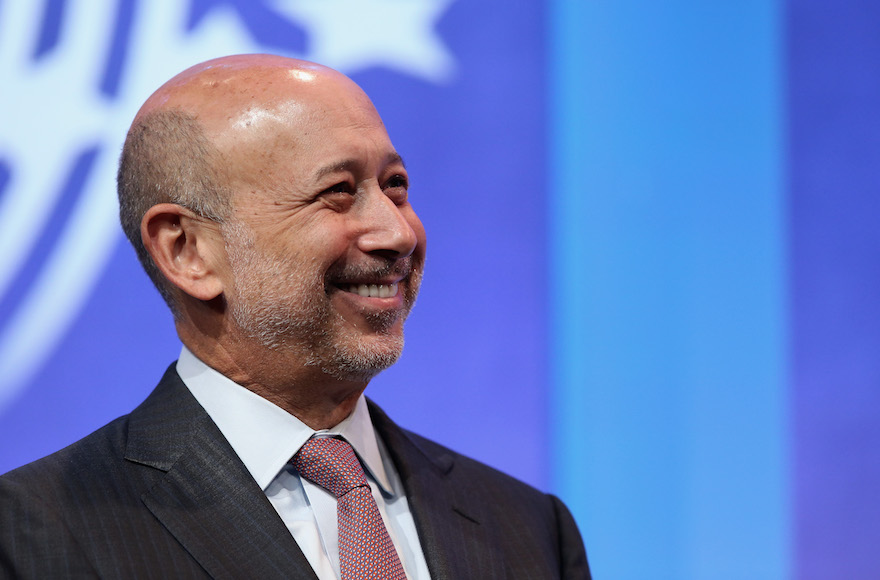 (JTA) — Lloyd Blankfein, one of Wall Street’s most powerful players during his 12-year tenure as CEO of Goldman Sachs, reportedly is preparing to leave his post by the end of the year.

Blankfein could be replaced at the investment bank by one of its co-presidents, Harvey Schwartz and David Solomon, The Wall Street Journal reported Friday. All three are Jewish.

Goldman Sachs has historically been a heavily Jewish-run firm, and lately it has been an incubator for White House talent. Schwartz and Solomon became front-runners after their former colleague Gary Cohn left to become President Donald Trump’s chief economic adviser.

Cohn, who just left the Trump team after a quarrel over the president’s proposed tariffs on steel and aluminum imports, is the fourth high-profile former Goldman Sachs employee to leave the administration after Steve Bannon, Anthony Scaramucci and National Security Adviser Dina Powell.

It’s unclear whether Blankfein would retain some position at the firm after transitioning out of the CEO role, according to The Wall Street Journal.