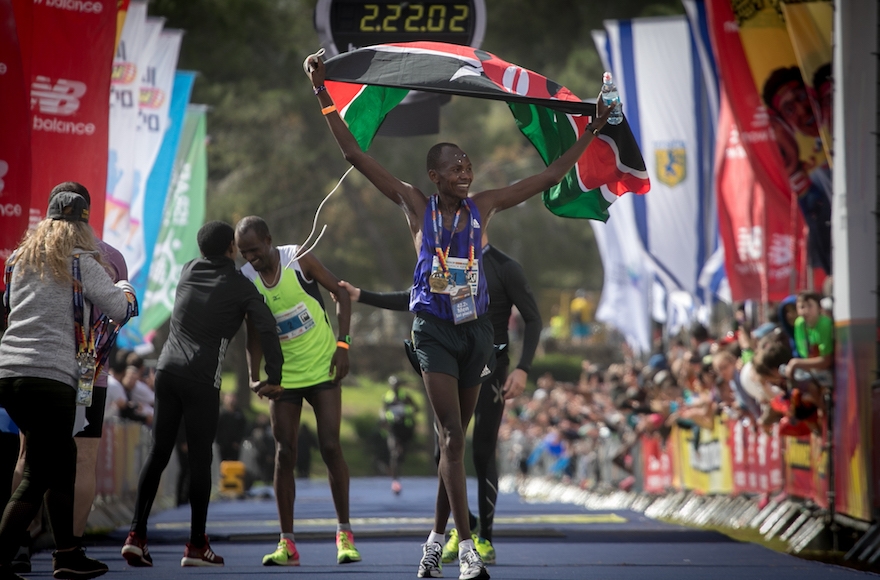 (JTA) — Kenyans dominated in the Jerusalem Marathon, with Kipkosgei Shadrack winning his third consecutive race and Emily Chepkemoi Samoei taking her second straight among the women.

Shadrack’s time Friday of 2 hours, 21 minutes and 25 seconds was about four minutes longer than his 2017 record. The second and third slots also went to African runners: Wendwesen Tilahun Damte of Ethiopia and Ronald Kimeli Kurgat, a Kenyan.

Samoei led a sweep of the top three spots by Kenyan women with a time of 2:52:33, followed by Mercy Jelimo and Naomi Jepngetich.

Among the approximately 25,000 participants in the 26-mile race, about a dozen sustained injuries or complications that required hospitalization, Army Radio reported. The relatively low number owed to cool weather that broke the heat in the morning just in time for the event.

In years when the race was held on hot days, dozens ended up in the hospital from exhaustion and dehydration. Several people have died in marathons in Israel, mostly in connection with weather-related complications.