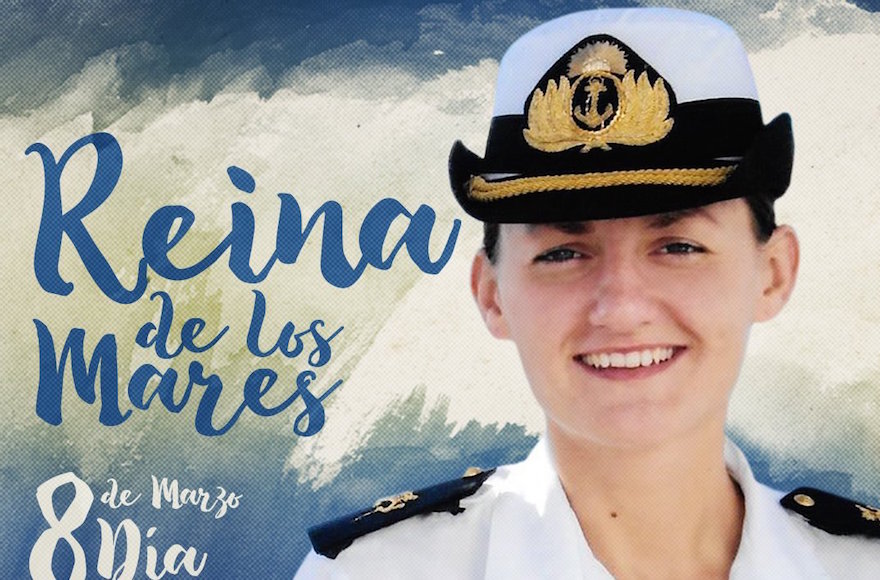 BUENOS AIRES, Argentina (JTA) — The first female submarine officer in Argentina, who remains missing in the Atlantic Ocean, was honored by the country’s Jewish community on International Women’s Day.

Eliana María Krawczyk, 35, who is Jewish, is one of 44 crew members of the Argentine submarine ARA San Juan, which remains missing in the Atlantic four months after it fell off the radar with a one week supply of oxygen on board.

Some 500 guests attended the event Friday honoring Krawczyk at a Buenos Aires hotel to hear the stories of struggle and success by Argentine women in politics and business. The Argentine Jewish political umbrella organization, DAIA, organized the tribute.

“Any woman’s value is far more valuable than the best gemstones. Eliana Krawczyk is our gemstone from the sea,” Rabbi Alejandro Avruj told the crowd as a friend of Krawczyk accepted the tribute from DAIA President Ariel Cohen Sabban.

Krawczyk was born in the northeastern province of Misiones and joined the Navy in 2004,after responding to an advertisement online. In 2012 she graduated from dive and submarine school as the first female submarine officer not only in Argentina but, at that time, also in South America.

With a grade of lieutenant, she was the third in command of the lost submarine. Argentina’s Navy lost contact with the ARA San Juan on Nov. 15, shortly after its captain reported a failure in the electric system.

The search began the next day, following the last contact. The vessel was on a mission to combat illegal fishing near Patagonia, in the southern part of the country. Governments from around the world and from NATO sent ships, airplanes and submarines to provide logistical support and information exchange during the search.

One week after the Navy reported the submarine lost, Jewish institutions held a prayer service for the return of its crew.

Government officials and others also spoke at the DAIA tribute.