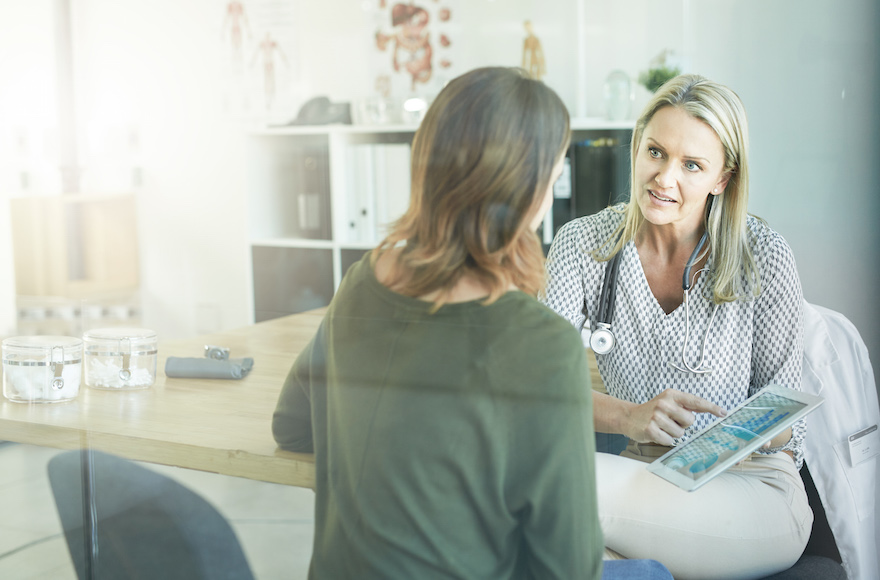 The BRCA Founder Outreach Study (BFOR), which was launched last week, will test 4,000 men and women in four U.S. cities — New York, Los Angeles, Philadelphia and Boston — for mutations in the BRCA gene that are more common among those with Ashkenazi Jewish ancestry. Those who test positive for one of the mutations or who have a family history of BRCA-related cancers will receive genetic counseling to figure out next steps.

“We think it’s important because it will save lives,” Dr. Kenneth Offit, who is serving on the study’s executive committee, told JTA earlier this month.

The BRCA gene is found in all humans, but mutations can cause it to function improperly and increase the risk of developing certain cancers: breast and ovarian in women, breast and prostate in men. Those with Ashkenazi Jewish roots are 10 times more likely to have a BRCA mutation than the general population, with one in 40 carrying a mutation in the gene.

But the study’s goal extends beyond cancer or Ashkenazi Jews, said Offit, who serves as chief of the clinical genetics service at Memorial Sloan Kettering Cancer Center here.

“We think it’s a model for the future of genetic testing in health care,” he said.

What’s new about the way testing is conducted in the BFOR study, Offit said, is the fact that patients sign up online and can choose to receive their results from their primary care provider. The testing will be free for participants, and the study is open to anyone over 25 years old who has health insurance and at least one grandparent with Ashkenazi heritage.

“This study is different because we’re making an effort to ensure that the testing is not done at a distance from your doctor. We’re really reaching out to have doctors involved,” Offit said.

In 1996, Offit discovered the most common BRCA gene mutation for Ashkenazi Jews, but he said the vast majority of people have not been tested for the mutation or the two others that are prevalent in the group.

“In the [Ashkenazi] Jewish community, where these mutations are quite common, we think that probably 90 percent of people who could be tested have not been tested,” he said.

Offit said some people are scared of finding out the results and view testing as too much of a hassle. In addition, insurance companies only cover testing for those with a family history of breast, ovarian and prostate cancer, but up to 40 percent of those with the mutation do not have a family history of those types of cancer, according to Offit. An Israeli study published in 2014 recommended that all Ashkenazi women age 30 and over should be screened for BRCA mutations. 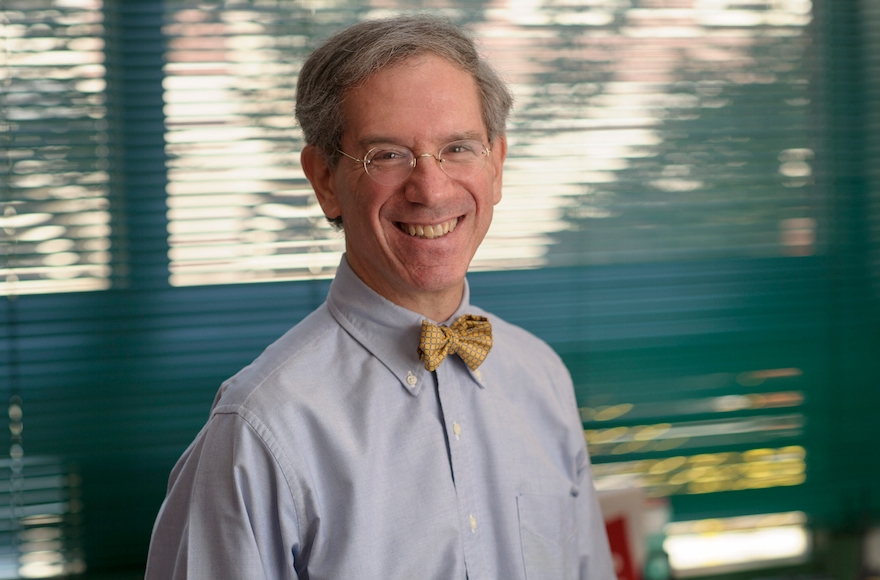 The BFOR study, which received funding from the Sharon Levine Corzine Foundation, the Breast Cancer Research Foundation and other donors, allows people to register on their smartphone or computer, receiving testing at a local laboratory. They can choose whether to receive the results from a primary care provider or a cancer specialist. Primary care providers will receive training about how to provide follow-up counseling if a patient tests positive.

For those who test positive for a BRCA mutation, there are steps that can be taken to lower cancer risk, Offit said. Since ovarian cancer is almost always discovered at an advanced stage, it is recommended that women with a BRCA mutation have their ovaries surgically removed after they finish childbearing. In terms of reducing the risk of developing breast cancer, some women choose to undergo a mastectomy, while others elect to get frequent breast screenings.

“Yes, we will be testing many individuals of Ashkenazi background and we will save lives for sure because we know that,” he said, “but the research question is to improve the way we offer this information to the whole population.”

Offit said similar testing could be offered for the general population for a wide variety of diseases.

The executive committee consists of doctors from institutions in the four cities. Offit said he is hoping to launch a larger study later this year.

For those who are not eligible to participate in the study, he recommends speaking to a doctor about risk factors. For those who do not have a family history of breast, ovarian or prostate cancer, insurance does not cover testing for BRCA mutations. In those cases, Offit recommends regular screenings for breast and prostate cancer.