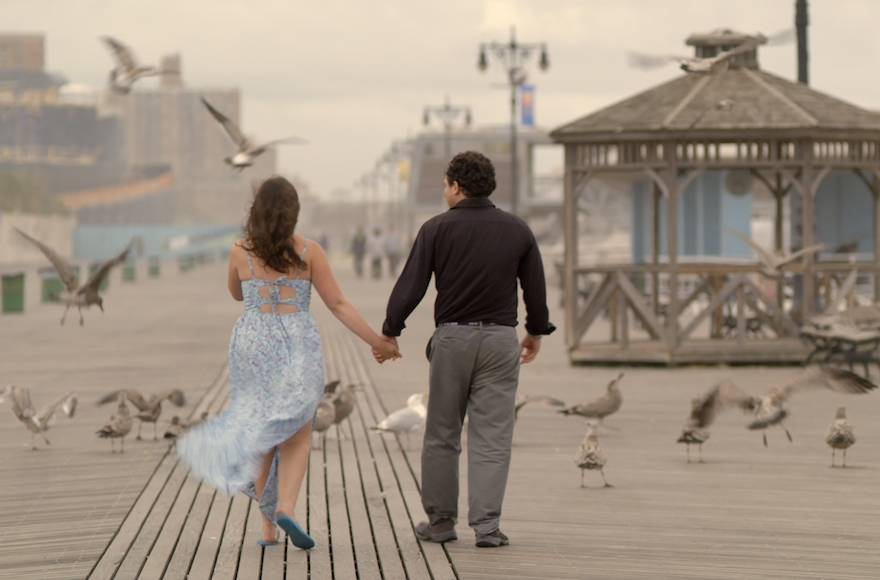 Brandon Polansky in a scene from "Keep the Change." (Kino Lorber Films)
Advertisement

(JTA) — On the surface, the indie comedy “Keep the Change” tells a conventional love story: A snooty rich boy meets a poor girl. They start dating, despite the objections of his parents, who assume that she’s a gold digger. The two argue. They part. Ultimately the snooty rich kid finds his better self.

But the film, directed by Rachel Israel, is far from your typical rom-com: The main characters and their friends are all on the autism spectrum, and they are played by amateur actors who are on the spectrum themselves and give professional-quality performances.

The film is also set at a real New York City Jewish community center and involves a successful program for people with autism and learning disabilities called Adaptations. Much of what is shown of it in the film mirrors the Adaptations reality: a positive community that offers social and creative opportunities for people often misunderstood by society.

In the film, which opens Friday in New York, Brandon Polansky plays a man ordered by a court to attend a summer program designed for people on the spectrum. He’s paired on an assignment with Sarah Silverstein (played by Samantha Elisofon), who says she finds him sexy.

The two begin to date, but there are numerous obstacles to their relationship. David is not quite as worldly as he believes, and Sarah is far more experienced. Sarah is also likely to blurt out whatever is on her mind, which publicly embarrasses David.

“Keep the Change” is often funny, and it takes viewers on a heartwarming journey of self-discovery. It is Rachel Israel’s first feature, and her 16-year odyssey to its release is as fascinating as the film itself.

In 2002, the summer before she entered The Rhode Island School of Design, she took a course in nude drawing at a Florida college. Polansky was a student in the class, and as Israel recalls, he spent breaks “walking around the room hitting on every female” in the room.

At the time, Israel recognized he was different, but not that he was on the spectrum.

“I wouldn’t have guessed autism,” the filmmaker said in a recent telephone interview from her home on Manhattan’s Upper West Side, just three days after giving birth to her second child. “My view from Hollywood was that autistic people are introverted. They don’t seek social connections. They definitely don’t like crowds.”

Even though she turned down a date, Israel gave Polansky her phone number when he asked, and the two stayed in touch.

“He kept calling and we’d have these phone chats once or twice a week,” she said. “It wasn’t until a year or so of knowing him that he opened up enough to tell me he had autism.”

Polansky told Israel of his efforts at online dating, about “going to bars or big parties trying to meet people, often meeting with insensitive responses.” She counseled Polansky and began to see how these events could work cinematically, especially after he found his first girlfriend through the Adaptations program. That experience changed him, gave him increased self-confidence and “inspired the writing” of the screenplay. 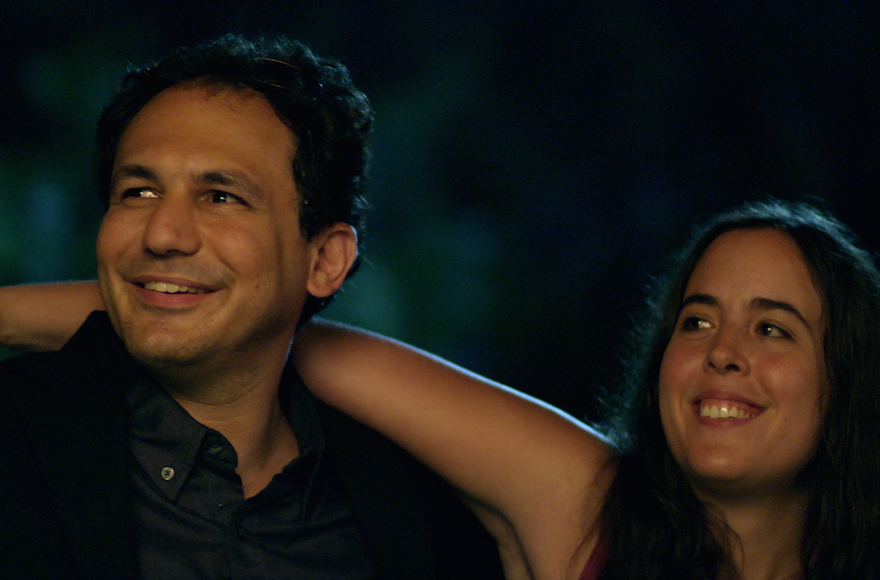 In 2011, Israel decided to turn the story into a short film thesis for her master’s of fine arts program at Columbia University. The entire shoot took less than five days, and the final product won several accolades, including the top award at the school’s film festival.

Israel then set about developing a feature version, which meant expanding the cast. She asked other members of the Adaptations community at the Marlene Meyerson JCC Manhattan to play characters on the spectrum.

Directing them sometimes required special patience and understanding. Some were able to see their role as part of a greater whole, while others could only see as far as their lines.

“All of them were terribly generous and open with me. It was challenging, not uncomfortable,” Israel said. “What was frustrating was raising funding. “I had the commitment of the cast and their faith that it would happen.”

Asked what she hoped audiences would take from the film, the director said “It’s a love story. I hope they walk away with the warm glow of a love story.

“In terms of autism, I hope it opens up a whole world of people in a very humane way.”