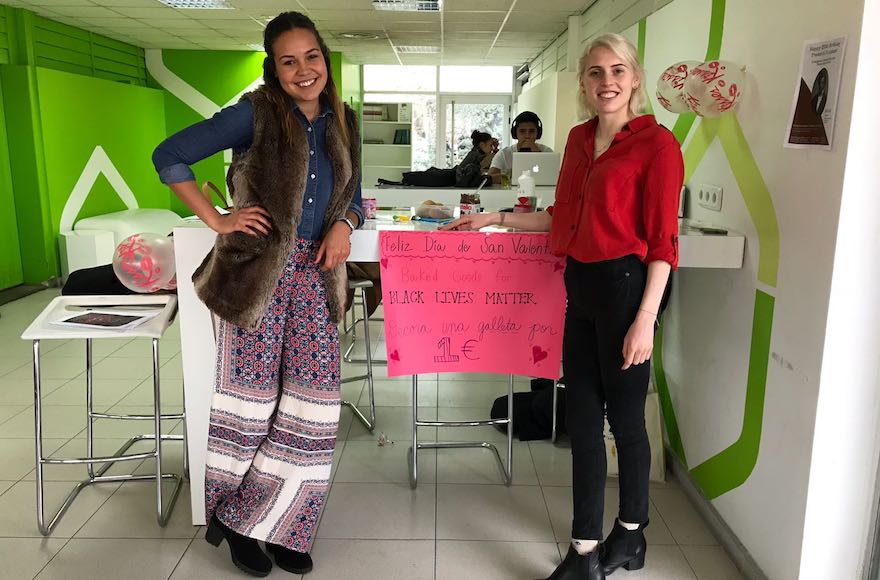 MADRID (JTA) — Every Passover, Danielle Elliott joins her parents in Chicago. She helps prepare haroset, delights in her mom’s elaborate Passover decorations and enjoys spending the holiday with her family.

But this year Elliott will be recounting the story of the Jews’ exodus from Egypt several thousand miles away from home — in Spain. She is organizing the first Passover seder at the Universidad Camilo José Cela in Villafranca del Castillo, a town on this capital city’s outskirts.

Elliott is a Fulbright scholar working as an English language assistant in the film and criminology departments of the university. She first thought of organizing a seder for her students in December when she realized how little they knew about a people who for so many centuries prior to their expulsion in 1492 were an integral part of Spain.

“It blew me away,” Elliott said. She pitched the idea to administrators and the university embraced it.

After “Danielle explained what a seder is (since none of us besides Danielle have ever attended a seder and didn’t know exactly what it entailed), it was approved immediately and everyone present at the meeting was very interested in contributing in whatever way they could,” Amy Baxter Mertzlufft, the academic adviser of the Language Lab and the Fulbright program coordinator at the university, told JTA in an email.

By the time Elliott approached the university, she and another Fulbright scholar, McCall Wells, had been spearheading the Intercultural Club, an initiative they put together at the request of the school.

“[We] are trying to establish a more international, intercultural feeling at the university,” Elliott said.

“There are students from all over the world,” Wells said, “but there isn’t much of a community for them. 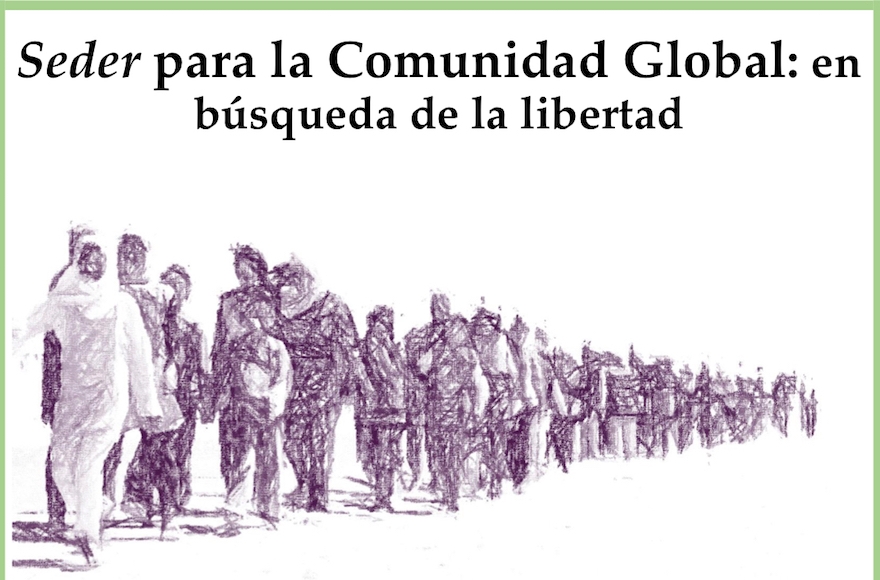 This flier is promoting an interfaith seder with a freedom and human rights theme to be held at the Universidad Camilo José Cela on the outskirts of Madrid. (Danielle Elliott and McHall Wells)

With the goal of creating closer connections among different cultures, Elliott and Wells have organized such activities as Write for Rights, the Amnesty International letter-writing campaign, and a cookie-decorating fundraiser to benefit Black Lives Matter.

The next logical step for the club was an interfaith seder with a freedom and human rights theme. Elliott and Wells are calling it “Seder para la Comunidad Global: En la Búsqueda de la Libertad” (Seder for Global Community: In Search of Freedom). Elliott modeled the concept on a similar event at her alma mater, Northwestern University, in which she participated last year.

“Two of my friends who were involved in Hillel held a Refugee Freedom seder and invited immigrant and refugee community centers,” Elliott said. Armed with advice and materials from the organizers of that seder — Elliott is translating the Haggadah they used into Spanish — and with the support of the university and the Reform Jewish Community of Madrid, Danielle and Wells are re-creating the experience at the Universidad Camilo José Cela.

The Reform Community of Madrid is Elliott’s synagogue while she is in Spain.

“At the beginning of my time here in Spain I felt very homesick [especially during Jewish holidays] and the [Reform] Jewish community here made me feel very at home and very welcome,” Elliott said.

She wanted to share this feeling with her students. When McCall accompanied her for a Shabbat, they spoke to Yael Cobano, the congregation’s president, about their plans for the seder.

“It was a wonderful project, and because I’ve led [many] seders and I’ve studied about it, I offered my help,” Cobano told JTA in an email.

The Reform Community has lent Elliott and Wells their seder plates, while Cobano is helping revise the Spanish translation of the Haggadah and prepare the traditional seder dishes. 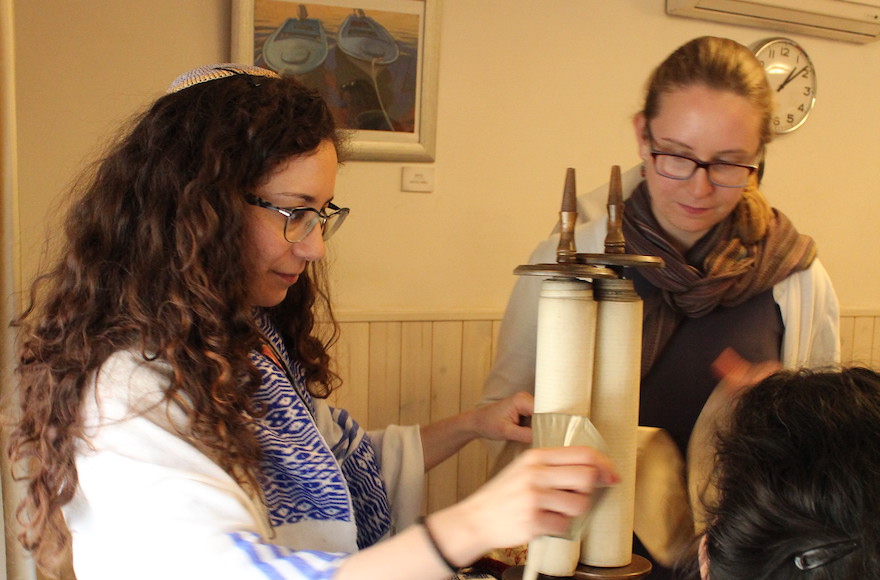 Yael Cobano, the President of the Reform Community of Madrid, seen on the left. (Margarita Gokun Silver)

The two Fulbright scholars will conduct the seder in Spanish with some Hebrew. Elliott will lead the Jewish portions and Wells the interfaith elements.

“We are adapting the four cups of wine to include different perspectives,” Elliott said. “One of the cups will be academic, one religious, one personal and one political, and we hope to invite students, professors, community members and other Fulbrights to speak at each of those cups in order to make it more than just about sharing a Jewish holiday.”

For the religious cup, Elliott and Wells are inviting representatives of the Jewish, Christian and Muslim communities. For the personal, they are hoping one of the university students who is a refugee will recount a personal migration story. For the political cup, a fellow Fulbright will speak about the experience of participating in Race Relations, a collective that promotes discussion and expression of race, culture and ethnicity in Spain.

“We hope the students and the teachers who partake in [the seder] will get out of it that Passover isn’t just the moment for Jews to reflect on personal freedoms and the exodus from slavery in Egypt, but really about the right for migration and the freedom of movement,” Elliott said.

The university is offering Elliott and Wells plenty of support by taking care of the logistics, assisting with invitations and funding the seder dinner for 70 invitees. Elliott said the menu will be “as kosher as possible,” meaning they may serve just dairy and fish dishes.

But the preparation of traditional Passover foods and the seder plates is up to the two Fulbrights. With the help of Cobano, Elliott and Wells will make all of the elements for the seder plates, from the haroset to the bitter herbs. It won’t be exactly the same as back home, but Elliott is hoping it’ll be close.