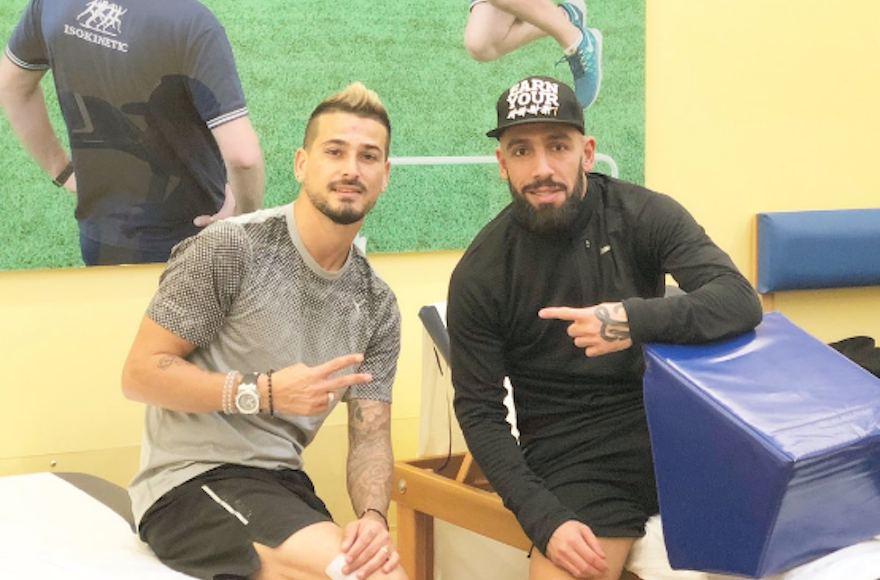 JERUSALEM (JTA) — An Israeli soccer player posted a photo on social media of him clowning with an Iranian soccer player.

“In soccer there are different rules and there is one language without prejudice and without wars,” Maor Buzaglo, 30, wrote in Hebrew on Facebook and Twitter. “The captain of the Iranian national team and I show it can be different.”

Dejagah, an Iran native who grew up in Germany, was criticized by the Jewish community in his new country in 2007 for refusing to play with the German Under 21 team in Israel. At the time he said he feared he would be jailed if he ever visited Iran for the transgression of playing in Iran.

Iran does not recognize the State of Israel and forbids its athletes from competing against Israelis at international sports events. In August, two Iranian soccer players were removed from the national team after competing against an Israeli team while playing as professionals for the Greek soccer club Panionios.