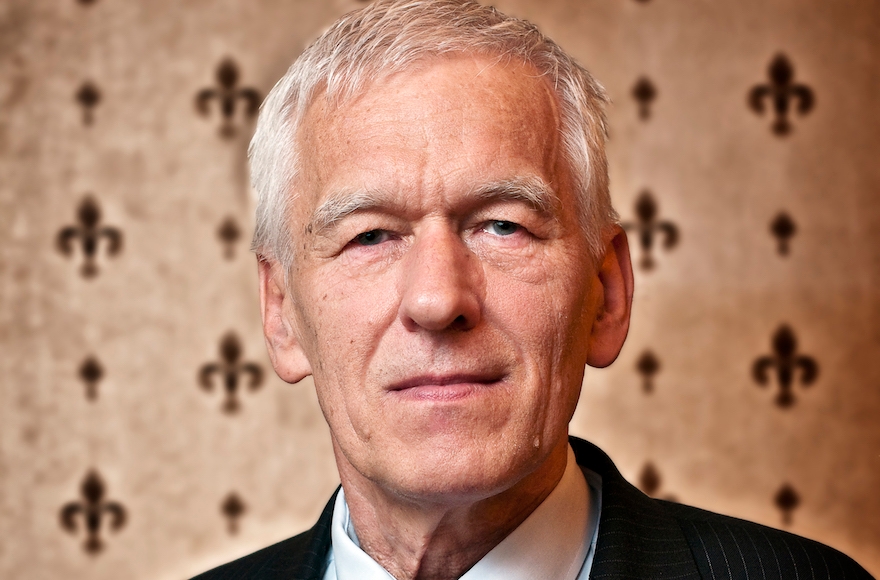 (JTA) — A former Polish politician who is the father of the country’s prime minister said that Jews during the Holocaust moved to ghettos of their own accord to get away from non-Jewish Poles.

“Do you know who chased the Jews away to the Warsaw Ghetto? The Germans, you think? No. The Jews themselves went because they were told that there would be an enclave, that they would not have to deal with those nasty Poles,” said Kornel Morawiecki.

His remarks come amid a diplomatic crisis between Poland and Israel, which protested the passing last month of legislation in Poland that criminalizes blaming Poles for Nazi crimes. Jewish groups said the law limits debate and research on the actions of thousands of Poles who betrayed Jews to the Nazis or killed Jews.

The crisis escalated last month when the prime minister said that the Holocaust had not only German, Ukrainian and Polish perpetrators, but Jewish ones as well. His Israeli counterpart, Benjamin Netanyahu, called the remark “outrageous.”

The Polish prime minister’s father in the interview also touched on alleged Jewish complicity in the Nazi-led genocide against the Jews. He spoke of the Zagiew ring of Jewish informants that the Germans used to infiltrate resistance groups.

“Who sent Jews to the Umschlagplatz?” Kornel Morawiecki asked, using the German word for places, often city squares, where Jews were rounded up to be deported to death camps. “Did the Germans do it? No! The Jewish police were on the Umschlagplatz!”

Leading scholars of the Holocaust rejected the drawing of parallels between Jewish and Polish collaborators with the Germans, citing the fact that the former were prisoners destined for extermination and the latter were occupied civilians who by and large were allowed to lead their daily lives unless they violated Nazis laws.