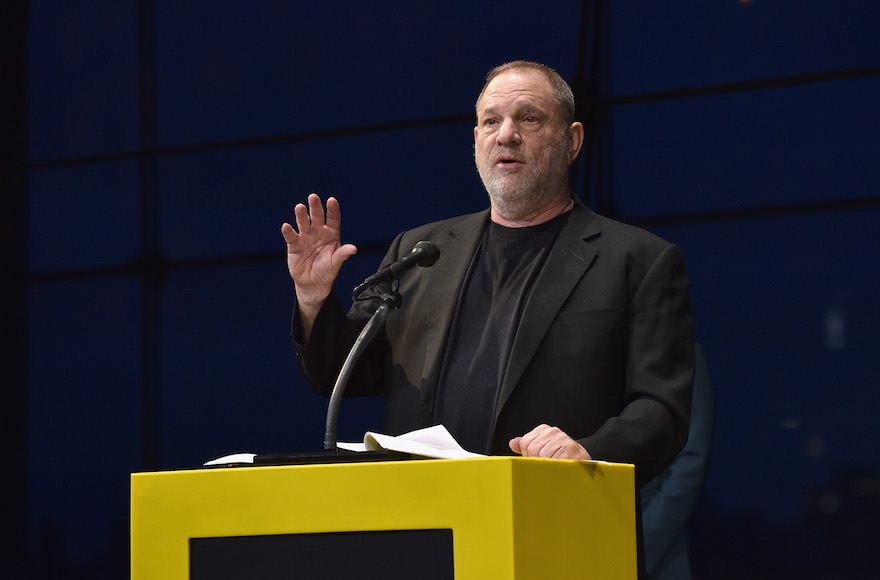 (JTA) — The Weinstein Company filed for bankruptcy, after struggling to stay solvent since allegations of sexual misconduct against co-owner Harvey Weinstein were made public in October.

As part of its Chapter 11 bankruptcy filing, the company released anyone “who suffered or witnessed any form of sexual misconduct by Harvey Weinstein” from nondisclosure agreements, the New York Times reported.

“No one should be afraid to speak out or coerced to stay quiet,” the company said in a statement that thanked “the courageous individuals who have already come forward.” The statement also said that: “Your voices have inspired a movement for change across the country and around the world. The company regrets that it cannot undo the damage Harvey Weinstein caused, but hopes that today’s events will mark a new beginning.”

Harvey Weinstein was dismissed from the company shortly after dozens of women came forward to make public accusations. He has denied having non-consensual sex. Weinstein’s brother, Bob, is a co-owner.

According to the New York Times, the release from non-disclosure agreements had been encouraged by state Attorney General Eric Schneiderman, who is investigating the allocations of sexual abuse at the studio.

The bankruptcy filing means that women alleging abuse who win their lawsuits against the company may now have a harder time recovering damages, according to the newspaper.