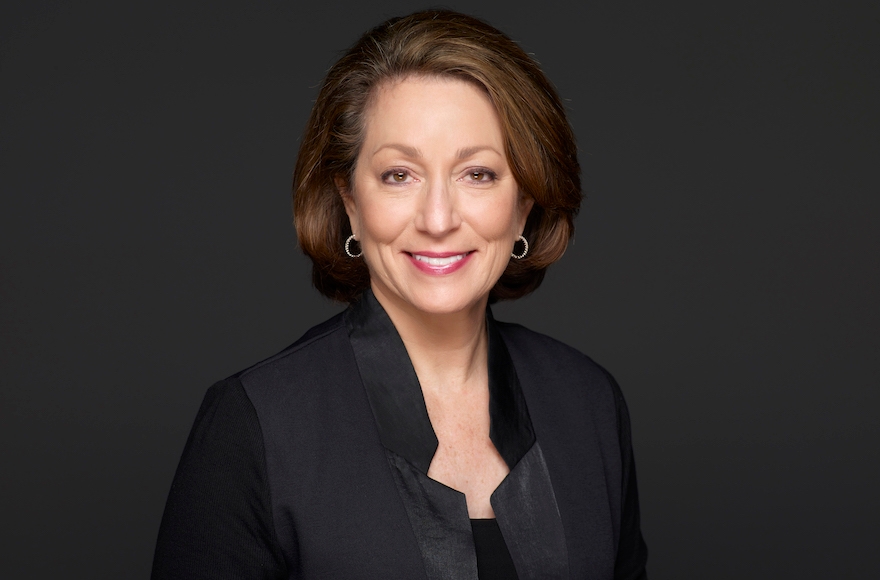 (JTA) —The editor in chief of National Geographic Magazine made waves when she admitted that the magazine’s past coverage was tinged with racism.

“For decades, our coverage was racist. To rise above our past, we must acknowledge it,” Susan Goldberg wrote in a letter for the magazine’s April issue, which marks the 50th anniversary of Dr. Martin Luther King, Jr.’s assassination.

The letter forced readers and staff to grapple with the legacy of the magazine, which has been reporting on the world’s far-flung peoples and places since 1888 and has reflected — and been a reflection of — all the cultural changes, and prejudices, since then.

But Goldberg also made waves in 2014 when she became the first woman — and, incidentally, the first Jew — to serve as editor in chief of a magazine that has often stumbled in reporting on women and Jews.

“It was a place with a lot of white men,” she told JTA, referring to the magazine’s beginnings as the journal of the National Geographic Society, an elite club of academics, philanthropists and adventurers interested in travel and exploration.

Even an otherwise sympathetic article on the Jews in the July 1919 issue suggested that their persecution by Christians “increased their intense activity, their cunning in business, in order that they might live at all against such opposition, and it produced in them the traits that are now made the basis for denouncing them.”

In her letter, Goldberg details how she enlisted John Edwin Mason, a scholar of African history and the history of photography at the University of Virginia, to critically examine the magazine’s past.

He found that the publication largely ignored the lives of African Americans in the United States until the 1970s, while also covering people of color outside the country in a way that perpetuated stereotypes. Natives were pictured “as exotics, famously and frequently unclothed, happy hunters, noble savages — every type of cliché,” Goldberg wrote.

In a phone interview with JTA earlier this week Goldberg, 58, said she was not surprised by Mason’s conclusions, pointing out that racism in the magazine had been written about previously, including in a book by Robert Poole.

Some of Mason’s most egregious findings did shock her, like a 1916 article on Aboriginal Australians that called them “savages” who “rank lowest in intelligence of all human beings.”

“It’s very difficult to read something like that,” she said.

Goldberg said the issue of race is especially important in light of recent events, such as the white supremacist and neo-Nazi rally in Charlottesville, Virginia, last year.

“After Charlottesville, if it wasn’t already clear, it became even more clear that we have a very fraught situation going on in the United States with regard to any kind of discussion around race,” she said.

The April issue launches a series of articles on race, which will continue through the end of the year, but Goldberg felt it important that the magazine first look inward.

“I just really didn’t see a way to do an entire issue on race, and then spend the year covering race if we didn’t look into our history as well,” she said. “I just didn’t think we would be credible.”

Goldberg, who identifies as a Reform Jew, grew up in Ann Arbor, Michigan, the granddaughter of immigrants from Eastern Europe who came to the country in the beginning of the 20th century and settled in predominantly Jewish neighborhoods in Detroit.

“These neighborhoods were really so ghettoized that my mother, who was born in the United States, in Detroit in 1927, went to kindergarten when she was five years old [and] she didn’t speak English, she only spoke Yiddish,” Goldberg said.

Growing up, her family celebrated Jewish holidays but was “probably more culturally Jewish than religiously Jewish,” she said. She was involved in the Habonim Labour Zionist youth movement, and at the age of 17 she lived for six months on a kibbutz in southern Israel.

Though she describes the experience at Kibbutz Grofit as “a fantastic thing to do as a very young woman,” she said it made her realize that she did not want to immigrate to the Jewish state.

“The lives of the women on the kibbutz were to my way of thinking kind of constrained. You didn’t have a world of choice. This was a small kibbutz in the middle of the desert, right on the border of a bunch of other countries, and it just made me realize that it wasn’t going to be the lifestyle for me,” she recalled.

Instead, she set her sights on pursuing a journalism career in the U.S. She enrolled at Michigan State University but dropped out to accept a job as a full time reporter at the Seattle Post-Intelligencer. She later returned to Michigan State to pursue a bachelor’s degree in journalism.

Throughout her career, she has been the first woman in many of her positions, including as managing editor of the San Jose Mercury News, editor-in-chief of the Cleveland Plain Dealer and executive editor of Bloomberg News’ Washington bureau.

She joined National Geographic as executive editor in January 2014, and succeeded Chris Johns as editor in chief a few months later.

Goldberg’s letter drew both praise, from those who lauded her for looking critically at the magazine’s coverage of race, and criticism, from others who wondered why it took the magazine so long to do so and said the letter did not go far enough in addressing the issue.

“I can’t explain why other editors haven’t done this directly. I’m not criticizing them in any way. What I will say is we’re in a moment of reckoning as a society, as a country, where people are willing to look back at actions of themselves or their organizations and lay out maybe a lot of really great history but [also] some things that weren’t so good,” she said.

The magazine also plans to focus on Muslims, Latinos, Asian Americans and Native Americans. Though the magazine examines racism and other forms of bigotry there are no plans at the moment to look into anti-Semitism, she said.

“That’s not to say in the future that we wouldn’t, but we don’t have anything that we’ve planned right now,” she said.

Goldberg, who lives in Washington, D.C., with her husband Geoffrey Etnire, a real estate lawyer, said that since starting her position, her “biggest push” has been to increase gender, ethnic and racial diversity on the staff. Currently about a quarter of the staff are people of color.

“I just don’t think that you are going to end up with authentic stories if you’ve only got an all-white staff, and a majority male staff, and that is what it was,” she said. “We’ve been working very hard to change it. We’re not there yet, but we’ve been making a lot of progress.”