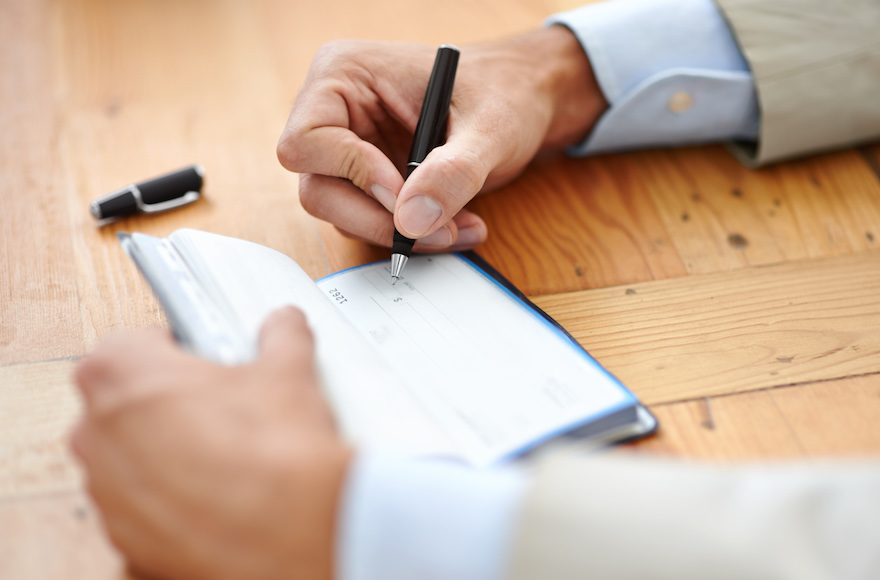 NEW YORK (JTA) — Large donors and foundations are responsible for an increasing share of American Jewish giving, and are exercising greater influence on Jewish communal priorities than they were in previous generations, according to a new study.

The mega-donor trend was quantified in the study of American Jewish philanthropy published March 8 by the Avi Chai Foundation and written by Jewish historian Jack Wertheimer. The study found that as the total amount of money donated to Jewish causes has declined in recent decades, the number of donors is plummeting.

Jewish federations, for example, receive only 30 to 40 percent of the number of donations they got in the early 1970s while relying on a small pool of deep-pocketed donors. The study refers to the “rule of 80/20 or even 90/10: between 80 and 90 percent of the funds they raise come from a small minority of their donors.”

This growing reliance on big donors means that Jewish organizations are not as accountable to rank-and-file Jews as they once were, Wertheimer told JTA, and that smaller donors can claim less of a stake in those institutions than they once did.

“The Jewish community is becoming even less of a representative democracy than it ever was,” said Wertheimer, an American Jewish history professor at the Jewish Theological Seminary. “Jewish organizations are going to be far more beholden to a smaller number of donors. This consensus-driven approach to Jewish communal life is endangered by that because these larger donors want what they want.”

Wertheimer also observed that big donors want more control over where their money goes and how it is spent. In the past, big donors would give to umbrella communal organizations like a local Jewish federation or a social service agency. But nowadays, he said, donors are focusing less on where to give and more on how to impact causes they support. That means they are less loyal to specific institutions — like a Jewish community center or nursing home — and instead care about, as the report said, “achieving a social aim or addressing a systemic problem.”

Based on his observations of the history of American Jewish philanthropy, Wertheimer said that donors are now focused on outreach and engagement of unaffiliated Jews rather than funding social services. The report does not include overarching data showing such a shift. But Wertheimer cited several large engagement-driven initiatives that have sprung up in the past 20 years — like Birthright, the free 10-day trip to Israel, and the Partnership for Excellence in Jewish Education — along with an emphasis on Jewish campus programming and summer camp.

“Some of the biggest givers are convinced that most Jews, especially Millennials and intermarried families, will not become active participants in synagogues, Federations or other established institutions,” the report said. “To reach them, it is necessary to offer opportunities for Jews to gather, even if it is on an infrequent basis. In a related shift, programs to build Jewish identity have now superseded social services as favored causes.”

Wertheimer said that despite the shrinking number of donors, the report made him optimistic that successive generations are still invested in funding Jewish causes. He did not find conclusive evidence that millennial donors are not giving to Jewish groups. The number of Orthodox donors, he said, is also increasing.

“It rests upon a smaller base of support,” Wertheimer said of Jewish philanthropy. “But there are new people coming out, who are coming into this area, who want to become players and have an impact.”

Total American giving to Jewish causes in the United States and Israel amounted to $5.5 billion to $6 billion in 2015, according to research Wertheimer cited from the Forward. That represents a decline of some 15 to 20 percent since 20 years earlier, adjusting for inflation, according to a JTA analysis of the data.