Zach Braff is happy to be back on TV. ‘Scrubs’ fans should be, too. 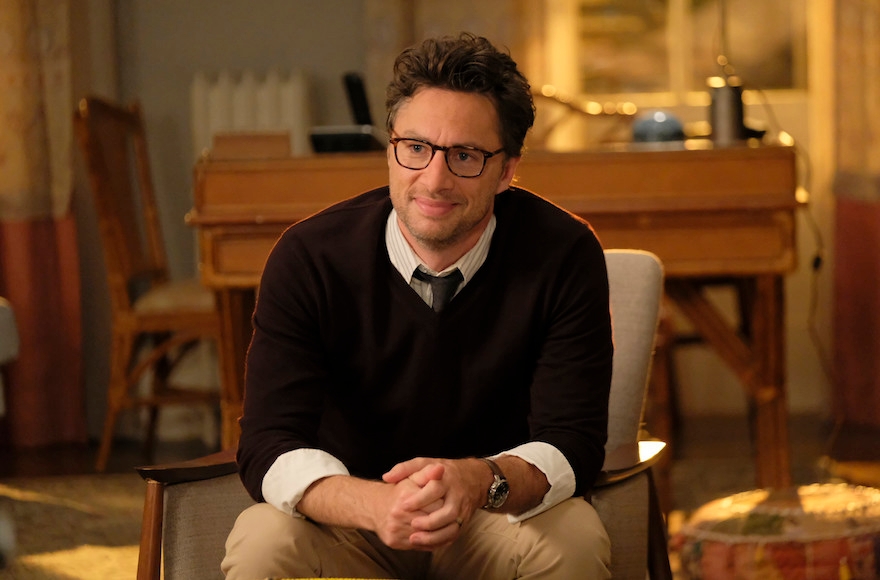 (JTA) — Lightning struck Zach Braff in 2001. The up-and-coming Jewish actor, who had appeared in a few films — perhaps most notably a small role in Woody Allen’s “Manhattan Murder Mystery” — landed the lead role of John “J.D.” Dorian in the hospital-based sitcom “Scrubs.”

Along the way to starring in 175 episodes of the show, which became one of the most beloved comedies of the 2000s, Braff wrote and directed “Garden State,” released in 2004. The indie dramedy film, which also starred 23-year-old Natalie Portman, established the kid from South Orange, New Jersey, as a promising director in addition to being a first-rate comic actor.

But he surprisingly left “Scrubs” in 2009, while its ratings were still respectable.

“When it’s something you’ve been doing for so long, well, I didn’t want to phone it in,” Braff said in an interview with JTA. “I was tired. I don’t mean to complain. It’s the best job in the world, but you do get burned out. I wanted to go out on a high note.”

After Braff quit the show, he largely vanished from the mainstream film and TV world. He performed in theater on and off Broadway, notably in the adaptation of Woody Allen’s “Bullets Over Broadway: The Musical.” He also wrote a play — “All New People” had a run at New York’s prestigious Second Stage. His 2014 film “Wish I Was Here,” which he wrote and directed, was heartfelt but mostly panned by critics following a limited release.

As he headed further down “the directing path,” Braff realized something was missing.

“I missed acting, I missed comedy,” he said. “And when this was put in my lap, it seemed perfect.” 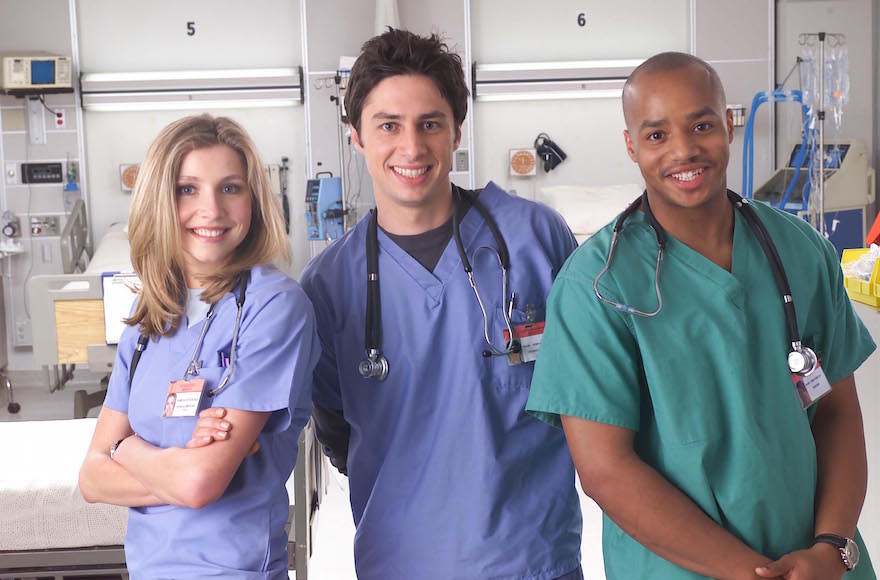 “This” is a reference to “Alex, Inc.,” an ABC sitcom premiering March 28 with Braff as its protagonist and main star. The network gave the show a coveted slot, on Wednesdays between “The Goldbergs” and “Modern Family” (that’s 8:30 p.m., if you were wondering).

Braff plays Alex Schuman, a Jewish character based on real-life Jewish podcast pioneer Alex Blumberg — a former producer for NPR’s popular “This American Life” and “Planet Money” podcasts. Blumberg gave up the relatively cushy world of NPR — with its salary, health benefits and paid time off — to start his own podcast company, Gimlet Media, in 2014. Gimlet has spawned several of its own very successful podcasts, including “StartUp” and “Reply All.”

In “Alex, Inc.,” Schuman leaves his feel-good radio show (“NPR on Prozac,” he calls it) when his idea for a meaningful but depressing story is rejected He attempts to start his own show to prove the innocence of a convicted murderer. When that doesn’t pan out, Schuman decides to make the podcast about the process of starting a podcast business — mirroring the arc of Blumberg’s “StartUp.”

Of course, like most ABC sitcoms, “Alex, Inc.” mostly deals with the ups and downs of family life. There is a narrator via voiceover, a happy ending complete with warm fuzzy feelings in each episode and the recurring theme that fathers don’t always know best.

The cast includes Tiya Sircar, whom many will know from NBC’s hit comedy “The Good Place,” as Schuman’s wife. Braff said that if the show is renewed for a second season, it will explore the dynamics of a mixed religious family. (Blumberg is married to Nazanin Rafsanjani, a fellow media producer who is Asian, like Sircar.)

“‘Family Ties’ was supposed to be a star vehicle for Meredith Baxter until this kid Michael J. Fox took over. [Henig] is going to be the next Michael J. Fox,” Braff said. 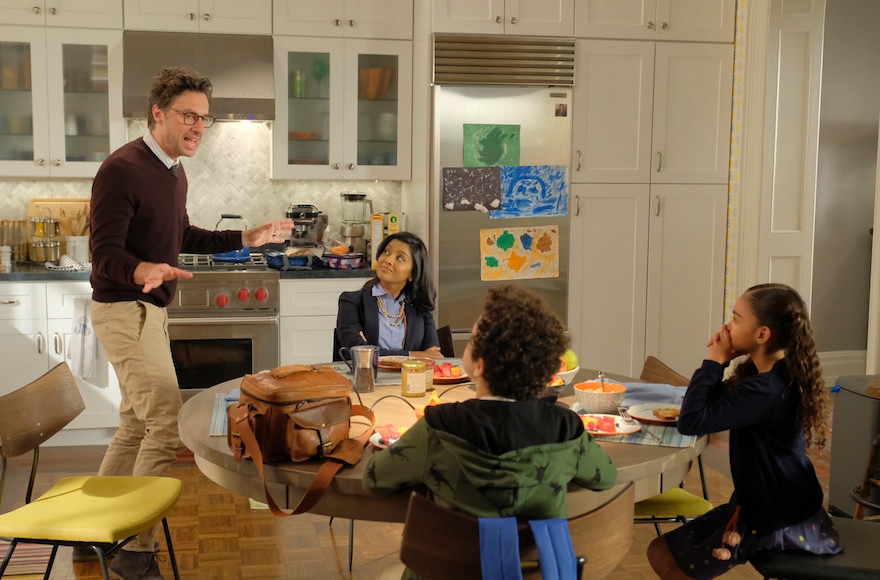 Braff is not religiously observant, but he is aware of his distinctly “Jewish sense of humor,” which he infuses into almost everything he works on. He greeted JTA with a cordial “Shalom.”

“I was raised on Mel Brooks and Woody Allen and Neil Simon. I totally inherited that from my father,” he said. “I grew up in North Jersey and he would bring us in to see Neil Simon plays and Mel Brooks movies. “I think there is a [comic] timing ingrained in me, that New York sense of humor.”

Braff attended Hebrew school and was a bar mitzvah at Oheb Shalom Congregation in South Orange. As Passover approaches, he is reminded of his father’s love of the seder.

Judging by his enthusiasm for the new project, Braff is enjoying “Alex, Inc.” far more than his dad’s seders, despite the hectic schedule. He directed four of the 10 episodes.

“With kids in the mix and physical comedy, you’re always racing. There’s no down time,” he said. “There’s some behind-the-scenes video where I look like I’m schizophrenic.”