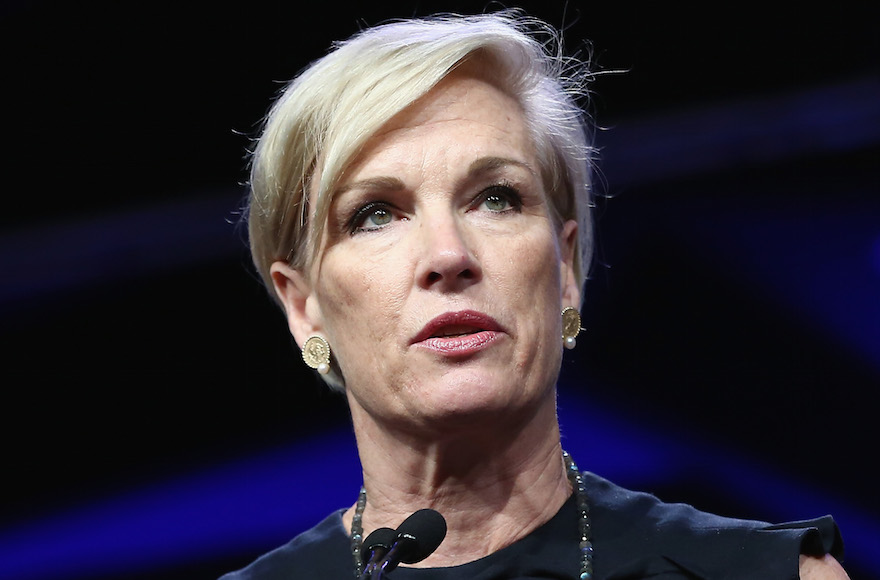 (JTA) — Jared Kushner told the head of Planned Parenthood that the nonprofit would need to stop providing abortions if it wanted to keep federal funding, according to a new book.

Cecile Richards, the outgoing head of the reproductive health organization, wrote in “Make Trouble: Standing Up, Speaking Out, and Finding the Courage to Lead,” that the adviser and son-in-law of President Donald Trump conditioned funding for Planned Parenthood during a 2016 meeting with Richards and her husband. Kushner’s wife, Ivanka Trump, was also at the meeting, which happened weeks after her father was elected president.

“The main issue, he explained, was abortion,” Richards wrote about Kushner in her book, which was published this week. “If Planned Parenthood wanted to keep our federal funding, we would have to stop providing abortions. He described his ideal outcome: a national headline reading ‘Planned Parenthood Discontinues Abortion Services.’”

Richards and her husband met Kushner and his wife, who are Jewish, amid a push by congressional Republicans to defund Planned Parenthood, which according to the New York Daily News receives about $500 million annually from the government but does not use the money for abortions.

On Tuesday, People magazine wrote about the passage in Richards’ book about the meeting. Ivanka Trump and her husband did not respond to a request for comment on the book, according to People.

Kushner, who grew up in an Orthodox Jewish family, was appointed senior adviser to the president after leading Trump’s 2016 election campaign.

“In their eyes, if they could stop Planned Parenthood from providing abortions, it would confirm their reputation as savvy deal makers,” Richards wrote. “It was surreal, essentially being asked to barter away women’s rights for more money.”

Richards said she explained there was “no way” that would work.

Planned Parenthood said of the meeting, shortly after the inauguration last year, that the encounter was “cordial and informative” with a purpose of making sure the first daughter “understood the important role Planned Parenthood plays.”