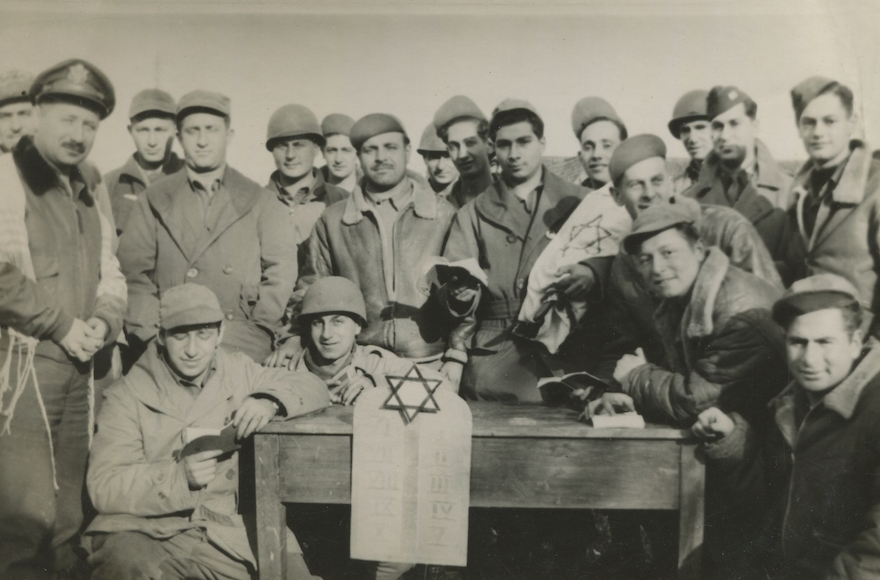 (JTA) — “GI Jews: Jewish Americans in World War II” begins as many Holocaust documentaries do, with a history of the rise of Hitler and Nazism in Germany mixed with what is now standard archival footage of Brownshirts and Kristallnacht. Throw in interviews with some Jewish celebrities — in this case, Carl Reiner and his friend Mel Brooks wearing his old Army jacket — and it has all the workings of a typical PBS documentary.

But the film, which premieres April 11, on the eve of Holocaust Remembrance Day, quickly takes an unexpected turn. Jewish-American soldiers, the viewer learns, weren’t only fighting Nazis during the war — they had to battle the anti-Semitic prejudice of many of their fellow soldiers.

All told, some 550,000 Jews served in World War II. A few had experienced anti-Semitism at home already in the form of “Gentiles Only” signs, for example, which were found at some public facilities across the country.

Mimi Rivkin, one of the 10,000 Jewish women who enlisted, a future member of the Women’s Army Corps, recalled a more personal incident in public school: “Suddenly kids weren’t playing with me. I asked one why and she said, ‘The teacher told us you’re a Jew and we’re not supposed to play with you.’”

But for the most part, these soldiers were immigrants or the children of immigrants who lived in largely Jewish urban areas, and it was a major culture shock for them to suddenly hear anti-Semitic slurs from their peers. In one case, a Jewish Marine chaplain assigned to accompany combat units was asked to conduct an interfaith service following the battle of Iwo Jima — until his fellow chaplains objected, forcing the military to conduct three separate services. 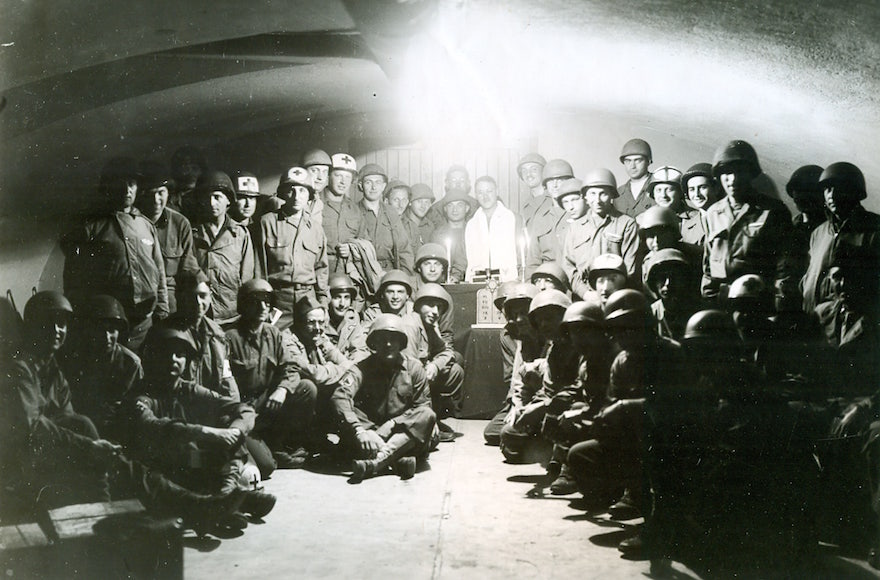 Jewish soldiers of the 329th Infantry at Rosh Hashanah services, somewhere between Beaugency and Orleans, France, in 1944. (Courtesy of the National Museum of American Jewish Military History)

Some friendships formed across religious lines. The film recounts the story of Master Sgt. Roddie Edmonds, a senior noncommissioned officer in a German prisoner of war camp. When the camp commander ordered all the Jews to step forward, he refused to allow it.

Threatened with a gun, Edmonds said, “You can shoot me, but you will have to shoot all of us, and when the war comes to an end you will be tried as a war criminal.”

The commandant turned and walked away, and Edmonds was subsequently the first American soldier recognized at Yad Vashem as a Righteous Among the Nations.

The documentary is timely as anti-Semitism is on the rise throughout the world, but it came about by chance. 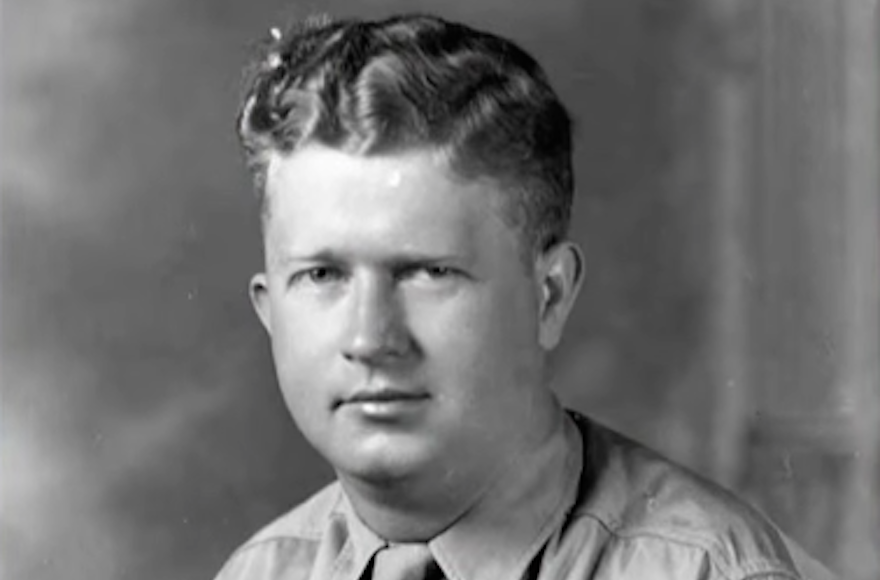 Roddie Edmonds was honored by Yad Vashem for sticking up for Jews in a German POW camp. (Screenshot from YouTube)

“I was actually working on another documentary [where] I had interviewed Jewish veterans and I started to hear stories about the anti-Semitism they’d experienced in barracks when they went [to Army camps] down south, and what it was like to serve in the war as Jews,” Jewish filmmaker Lisa Ades told JTA. “I felt this was a story that had never been told. When you think about Jews in World War II, you think of them as victims.”

The story had been told before, by historian Deborah Dash Moore (a senior adviser on the film) in her 2004 book, also titled “GI Jews,” but Ades saw an opportunity to bring it to a larger audience. She began filming five years ago.

“We had to get these stories on tape while the veterans were still alive,” Ades said. “They were grateful. They never had a chance to tell their stories before. They were ready to talk about them, finally after all these years.”