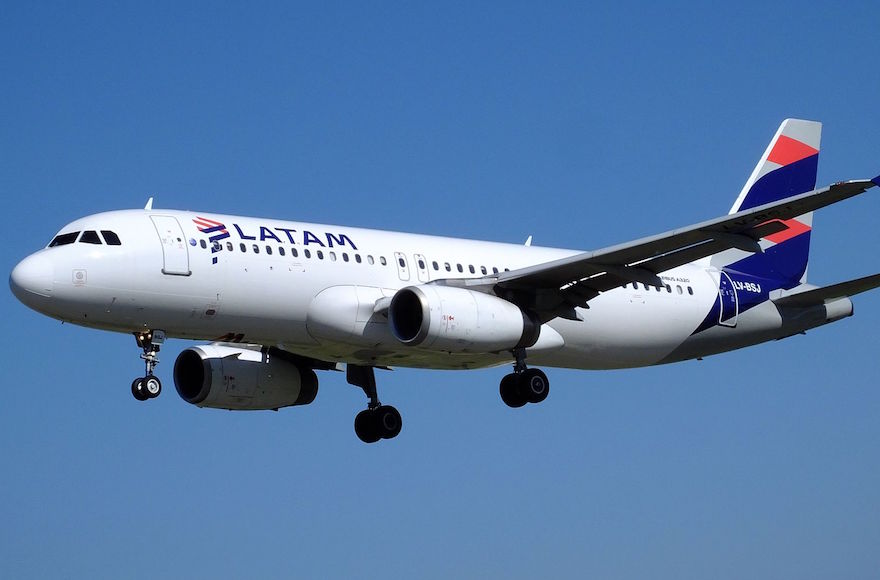 RIO DE JANEIRO (JTA) — Latin America’s largest airline will begin direct flights between Brazil and Israel by the end of the year, it announced.

Latam, the merger between Chile’s LAN and Brazil’s TAM completed in 2012, will fly from Sao Paulo to Tel Aviv in 11 hours. Since El Al terminated the only direct flight from the region to Israel several years ago, passengers face stopovers in Europe or Africa that increase the total time of travel to at least 18 hours.

“This is a unique service for passengers across much of Latin America. No other airline connects Latin America with Israel,” said Jerome Cadier, LATAM Airlines Brazil CEO.

Latam’s first flight to the Jewish state will start on December 12. The three-times-a-week flight will connect  Santiago to Tel Aviv via Sao Paulo, including Brazil’s 120,000-strong Jewish community and pilgrims from the world’s second largest Christian population.

“The launch of the direct route from Israel to Brazil and Chile is an important achievement. We believe that the new route will strengthen the cooperation between Israel and Latin America and increase the flow of tourists traveling between the two regions,” said Yariv Levin, Israel’s minister of tourism.

The airline will receive grants amounting to hundreds of thousands of dollars a year from the Israeli Ministry of Tourism, which regards Brazil as a potential market for tourism to Israel, according to the Israeli business daily Globes.